As you consider the threats we face and the options available to you should the worst happen, you have no doubt played out numerous scenarios surrounding the effects of a total collapse event that would bring down the national power grid. Be it a cyber attack which DHS Secretary Napolitano says has a 100% likelihood of occurring, a super-EMP weapon being detonated in the skies of America, or a natural disaster involving a highly charged coronal mass ejection from the sun, the possibility is quite realistic. 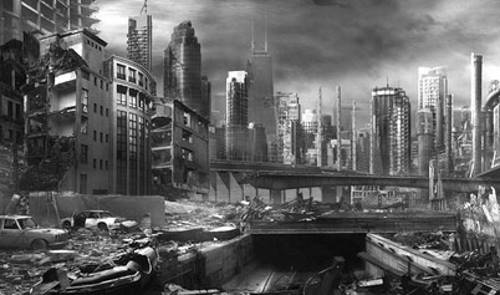 Some have escaped major cities and headed for the hills, but considering that the majority of the U.S. population is centered in 146 of the country’s 3000 counties, chances are most of us will find ourselves in the middle of the worst that humanity has to offer. Developing strategies that encompass everything from food preparation and water harvesting, to security and communications should be at the top of our lists. This is where highly respected author and Survival Blog founder James Rawles puts much of his focus in his most recent interview with the team at alternative news hub SGT Report. It’s an interview you don’t want to miss, because that one little oversight in your preparedness plan may be the mistake that kills you.

Your chances of survival are fairly low if you’re in a major metropolitan area. In a true grid down situation I recommend that you literally be prepared to hunker down for months.

Among other critical preparedness topics James Rawles discusses the effects and survival strategies for a grid down collapse in high population urban centers:

For someone in an urban area who plans to hunker down and doesn’t plan to bug out with country cousins, one thing that should be at the top of everyone’s list but that’s very much overlooked is… if you’re in a situation where you have power because you have photovoltaics but your neighbors don’t, you really should concentrate on black-out curtains for your windows. You need to black out your house completely, without any light leaks so that your house will look just as black as any other on your block. Otherwise you’re going to be targeted as the rich guy. You don’t want to become a loot-me-beacon at night. That should be a fairly high priority for you. … There’s so many things that are gonna go into it. If we’re truly in a grid-down situation you’re going to have to think in terms of not just food storage, but where you can collect rainwater or surface water, whether it’s a pond or a creek, and how you’re going to transport that water home without access to a gas engine vehicle. … You’re gonna want to be able to cook without any spices whatsoever… From an efficiency standpoint… you’re going to want to use a special insulated cooker… It’s essentially like crock-pot cooking where you bring your water to a boil, add your rice, meat, vegetables, whatever… and you’re going to enclose it in a double-insulated container. With that cooking method you have a couple of advantages. One is you don’t have cooking odors escaping and the other is you have the absolute minimum energy input. That’s just one example of the work-arounds that you can use in an urban or suburban environment if you literally can’t trust your ravenous neighbors. … For someone who has to hunker down you’re going to have think through each of those situations, whether it’s sanitation, cooking, home security, communications… the whole works. You’re going to have to think through each of those. Unfortunately, in an urban environment, you can do everything right but if you’re neighbors can’t adapt you’re going to end up just as dead, because… the sanitation situation is going to be horrendous. And, if people are going door-to-door kicking in the front doors of houses, eventually they’re going to get to your house. If it’s that bad, if it’s a total worst case your chances are not that good hunkering down in place. You may beat the odds, but I would rather be somewhere else, frankly. … [Living in the city] You’re in the same situation as probably 30% or 40% of my readership, so don’t feel like you’re alone. There are a lot of people that would love to relocate, but either for financial reasons, or family obligations, or work obligations, or health considerations… you’re not alone. … A level of planning that you’ll have to make is definitely a step up than your average suburbanite. You’re going to have to think everything through. You’re going to have to shepherd your funds, and prioritize your purchasing and your training with exactitude. All it takes is one overlooked area and you’re another statistic.

We strongly encourage you to listen to James Rawles’ interview with SGT Report in full. It has tons of ideas, tips and situations that any serious prepper needs to consider – not tomorrow, today.   There are a variety of excellent resources available to help you insulate yourself for a long-term disaster scenario no matter where you find yourself when it goes down, starting with Rawles’ preparedness guidelines outlined in his book How to Survive the End of the World as We Know It where he details tactics, techniques, and technologies for uncertain times. We encourage you to forward this to friends and family who may not be as convinced as you are about the possibility of an emergency that wipes out our electric grid. The fact is, the U.S. government has been preparing for exactly such a scenario, and they’ll be launching nationwide simulations later this year. They’ve been stockpiling food, water treatment supplies, firearms, ammunition, and training personnel to deal with the aftermath. If you’re not doing the same thing, then you haven’t been paying attention – or you’ve chosen to stick your hand in the sand and pretend that it’s not really happening.

5 Replies to “James Rawles Warns: “Be Prepared To Hunker Down For Months””