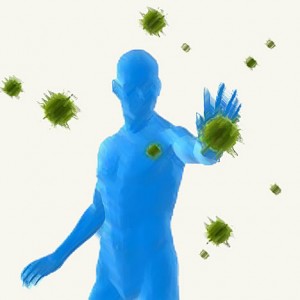 To help boost your immune system, particularly useful during the winter months when colds and flu are prevalent, you may consider to eat foods that contain some of the following spices…

Ginger or Ginger Root is traditionally used in Western cuisines mainly in sweet foods, including ginger ale, gingerbread, ginger snaps, and ginger biscuits. Elsewhere it is used widely as a main ingredient in traditional medicines, consumed in salad dishes (shredded and preserved in oil), ingredient in beverages, soups, tea, sliced with fish, chopped and paired with meat, and countless other garnishes and uses as an ingredient or spice.

Curry is a generic term for a wide variety of dishes originating in Indian and other cuisines. These dishes are typically loaded with turmeric, of which India is a significant producer.

Some research shows compounds in turmeric to have anti-fungal and anti-bacterial properties.

Cloves are the aromatic dried flower buds of a tree in the family Myrtaceae. Cloves are native in Indonesia and used as a spice in cuisines all over the world.

Cloves are used in Indian medicine, Chinese medicine, and western herbalism and dentistry where the essential oil is used as an anodyne (painkiller) for dental emergencies. Although most spices are excellent sources of antioxidants, cloves rank as the richest source of them all. The abundant health benefits of cloves have been well known for centuries. Cloves have antiseptic and germicidal properties that help fight infections, relieve digestive problems and arthritis pain.

Cilantro is an herb commonly found in Mexican dishes and salsas, and is sometimes referred to as Mexican parsley. It is featured in dishes cooked everywhere from Spain to Mexico, the Middle East to the South America.

Thyme is a culinary herb native to Southern Europe, and used widely in European cuisine. It has a faintly lemony flavor that goes well with vegetables, poultry, fish, meats, stuffings, and sauces, and it is available in both fresh and dried form at many markets.

Thyme contains an essential oil that is rich in thymol, a powerful antiseptic, antibacterial, and a strong antioxidant. The oil of thyme is used in mouthwashes to treat inflammations of the mouth, and throat infections. It is a common component of cough drops.

Rosemary is an aromatic evergreen shrub that is a woody, perennial herb with fragrant, evergreen, needle-like leaves. The leaves, both fresh and dried, are typically used in traditional Mediterranean cuisine. It is also often used to flavor foods while barbecuing.

Health benefits of rosemary include the ingredient, carnosol, which has been found in studies to be a potent anti-cancer compound. It has long been believed to have memory-enhancing properties. It has been a popular natural migraine remedy for centuries. Rosemary boosts the immune system thanks to its antioxidant, anti-inflammatory, and anti-carcinogenic properties.

Safety Alert: Rosemary in culinary or therapeutic doses is generally safe, but can cause allergic skin reactions. Consumption of large quantities of rosemary should be avoided. People with high blood pressure should not take rosemary because it may raise blood pressure.

The spice called nutmeg comes from the ground seed of a tree found in the Spice Islands of Indonesia. It is harvested from plants of which there are about 100 species native to Australia, Southeast Asia, and the Pacific Islands. In Western Europe, nutmeg more often appears in savory dishes, including cheese sauces, soups, and potato and meat dishes. Other ‘sweet’ uses include pies, puddings, custards, cookies, souffles, cakes and pastries. In India, nutmeg is commonly used in sweet dishes while in Japan it is often used as an igredient in curries.

Nutmeg has strong antibacterial properties. ‘Myristicin’ found in nutmeg has been shown to inhibit an enzyme in the brain that contributes to Alzheimer’s disease and is used to improve memory. It is effective in killing a number of cavity-causing bacteria in the mouth.

Safety Alert: Nutmeg should be used in moderation—a pinch or two is considered safe. However, large doses can trigger psychiatric disorder (ill effects may occur in adults after ingesting between 1 to 3 Tbsp).

Do your due diligence and research the health benefits and safety concerns before you ingest anything you are unfamiliar with.

And there’s this… the obligatory statement, “check with your doctor”.