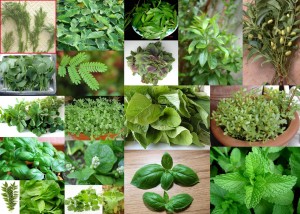 Herbalism, found and practiced throughout virtually every region and people of the world, has been practiced with quite some success for thousands of years. Many modern practitioners and patients of herbal or holistic medicine consider it to be the precursor of modern pharmaceutical medicine. And, considering that most modern pharmaceuticals are comprised of, or have been developed from, extracts of various plants, they may not be wholly incorrect.

In any case, modern pharmaceutical medicines are unfortunately something of a limited commodity. If, or when, a serious disaster or other calamitous event strikes, access to modern medicine is likely to be extremely limited or entirely unavailable. Depending on the range and scope of the disaster, you may be faced with a situation where medicines are out of production or are only available in very small quantities.

Fortunately, the human race has been around, and has managed to survive, for millennia without the aid of modern pharmaceutical medicines. More fortunately still, much of this traditional knowledge has been passed down through the generations, orally and in written form. In recent decades, modern science has also been employed to carry out detailed, thorough studies regarding many traditional herbal remedies and recipes.

As a result, we now have access to a wealth of knowledge inherited from generations past, as well as the growing scientific knowledge to understand how and why certain traditional remedies have their efficacy. In short, it’s never been a better, or easier, time to become a bit of an herbalist; and some basic botany know-how might one day prove quite useful if the pharmacies should ever start to fail.

So whether you’re already off the grid, or you’d just like to start growing something useful in your window boxes, here are some great plants to start your own herbalist’s garden:

Mint, including peppermint and spearmint, is renowned as a culinary herb and for use in teas, but it’s also been used in poultices, tinctures, and balms for medicinal use for literally ten thousand years or more. In addition to large quantities of menthol, peppermint is a rich source of many other terpenes and flavonoids, including limonene which is also found in lemonbalm, lemongrass, limes and lemons. Tea steeped from the leaves and flowers of the mint plant is a traditional remedy for pain associated with IBS, nausea, vomiting and other stomach ailments.

Chamomile or feverfew are two close relatives in the daisy family. Popular as a steeped tea to aid in relaxation and as a nighttime sleep aid, chamomile and feverfew tea have also been used to treat headaches. Feverfew tea, in particular, is a popular traditional remedy for migraine headaches, while both have demonstrated anti-inflammatory effects. Chamomile and its closest relatives are also rich in beneficial flavonoids, terpenoids and numerous other compounds.

Please note that if you have a known allergy to ragweed, you may be allergic to chamomile and other related plants. Chamomile is also known to be capable of inducing uterine contractions, so pregnant women are advised to avoid consuming it.

Hawthorn isn’t technically an herb, but it is immensely useful for heart and cardiovascular health, and is therefore worth at least an honorable mention. With natural ACE-inhibiting effects, hawthorn leaves and berries have been used in teas, jams and various decoctions for strengthening the heart and toning the cardiovascular system for many hundreds of years. Hawthorn is a rich source of flavonoids, terpenes, B vitamins, vitamin C, saponins and many other beneficial constituents with anti-inflammatory properties.

Recent studies have indicated that hawthorn may have varying efficacy in treating and relieving symptoms of angina, congestive heart failure, arrhythmia, and hypertension, among other cardiovascular effects. Please note, hawthorn has been shown to interact with prescription blood pressure and heart medications; if you are taking any blood thinners or other blood pressure medication, consult with your physician before adding hawthorn to your diet.

Ginger tastes great in many dishes, but it’s also got a number of health-boosting properties that have made it popular as a medicinal herb for many centuries. Tea steeped from sliced ginger and honey, and sometimes additional lemon, is one traditional remedy for soothing sore throats, warding off colds and the flu, and settling the stomach or relieving morning sickness.

Garlic is good for far more than simply warding off pesky vampires. While some garlic-enthusiasts will tout it as practically the fountain of youth, presenting it as a veritable cure-all, the reality is a little closer to earth. There is a long traditional use of garlic as a medicinal herb, particularly to fight colds, flues, and infections, and modern science has confirmed some of these traditional uses. Having been shown to contain high levels of vitamin C, several B vitamins, a variety of flavonoids, saponins, proteins and enzymes, and the compounds alliin and allicin.

As a result of its many compounds, garlic can help to promote cardiovascular health and lower cholesterol levels, while during WWI and WWII, garlic was used as an antiseptic to treat infections and prevent gangrene on wounded soldiers. Some studies have also shown garlic, or allicin extracted therefrom, to be effective in the treatment and regulation of hypertension. In any case, garlic is great for keeping bugs and pests away from the rest of your plants.

Rosemary is popularly used as a seasoning and culinary herb, but it has also traditionally been associated with improving the memory. From a scientific view, rosemary has been shown to contain several potent antioxidants and it is generally rich in calcium, vitamin B6, and iron.

There are many more plants, both wild and traditionally cultivated, that have a long history of traditional medicinal use; but remember that natural is not synonymous with harmless. All medicines, herbal and pharmaceutical alike, should be taken in moderation and under the direction and guidance of a qualified doctor whenever possible.

Finally, remember that many of these herbs, such as mint, garlic and rosemary, have rather potent antiseptic qualities. That means that if the SHTF, you can use some of the same medicinal herbs to make homemade cleaning products and soaps. After all, cleanliness is next to godliness.

0 Replies to “7 Vital Herbs From The Herbalist’s Garden”