When the end of the world as we know it (TEOTWAWKI) arrives, we will be suddenly thrust into a new reality, one where scarcity and want are prevalent. At that point it’s too late to begin acquiring the skills, tools, and supplies you’ll need. They’ll simply be too hard to come by.

The new post-TEOTWAWKI world will find many people looking for food through the traditional techniques of hunting and gathering. Hunting is far easier if you have the right weapon and ammunition for the game you’re attempting to capture.

At a minimum, there are three key weapons that every prepper should own. These 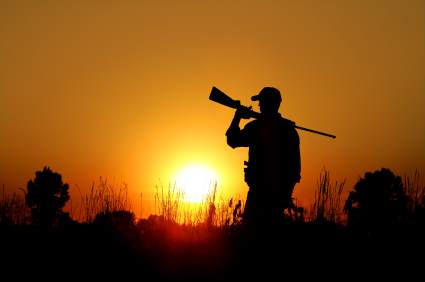 weapons are not the extent of the prepper’s arsenal, just the bare minimum required to allow the widest variety of hunting options.

The .22 calibre, one of the smallest calibres available, is an easy to carry and easy to use weapon with a wide range of applications in survival situations. It can be used to put traditional fare, such as squirrels and rabbits, on your dinner table. It can also be used to harvest snakes, turtles, and even birds as the situation demands.

Many gun manufacturers make rifles chambered for the .22 calibre. One of the most highly regarded, yet reasonably priced, is the Ruger 10/22. The rifle has a 10-round rotary magazine and is available with barrel lengths ranging from the Compact 16.1-inches to the Standard 20-inch model.

.22 calibre ammunition is inexpensive and plentiful, at least right now, so it’s easy to stock up in preparation for TEOTWAWKI and the changes that will bring in our lives.

Every prepper’s arsenal should contain a .22 rifle.

The 12 gauge shotgun has earned it’s place in the hearts of hunters around the world. It’s become the de facto weapon of choice for avid bird hunters, and with good reason. It can used for small game birds such as quail and dove. With a change of ammunition, the same weapon can be used for much larger migratory birds such as ducks and geese.

The 12 gauge’s flexibility doesn’t end with small birds; it can also be used to hunt much larger prey such as turkey and deer.

The Remington Model 870 is a favorite among hunters, self-defense enthusiasts, police forces, and military personnel because of its simplicity of design, its dependability under heavy use, and its reliability in less than ideal environments. You can drop an 870 into a mud puddle and it’ll still work when you retrieve it. That’s the kind of reliability you’ll need post-TEOTWAWKI.

Ammunition for the 12 gauge is plentiful during the different hunting seasons. For example, the 7 1/2 shot and 8 shot dove rounds can be found in abundance during the late summer and early fall. Turkey shot is available just before the spring and fall turkey seasons. Stock up during those times.

The 12 gauge shotgun is an indispensable weapon for the prepper.

Television shows and western movies have solidified the role that lever action rifles played in taming the American Wild West. They are a part of the American hunting culture still today. It’s been said that more white tail deer are harvested each year using a lever action 30-30 than any other weapon.

The Marlin Model 336 is a reasonably priced 30-30 rifle with a good reputation for quality and reliability. It’s a near identical copy of the more expensive Winchester Model 1894, at a much lower price.

The Hornady LeveRevolution cartridge has a unique pointed tip made of plastic, extending the range and accuracy of the round compared to the traditional flat-tipped ammunition of the 30-30. Hornady claims increased accuracy and 40% more energy with the LeveRevolution.

There’s a bit of nostalgia for many people when they think of returning to a “simpler” life of hunting and gathering. But life will be anything but nostalgic for most.

Too many people are too far removed from their food today. They won’t know where to begin when the store shelves are bare. Most will have little idea how to plant a garden, gather wild edibles, or hunt for food. Even if they do have the knowledge, their environment will soon be depleted.

Unfortunately much of the “gathering” will rapidly take the form of taking food from others who cannot defend themselves or their belongings.

The weapons listed above does not include those designed primarily for self-defense. To be sure, you’ll need those weapons too. Being a successful hunter does little good if you cannot preserve and defend what you’ve harvested. I’ll talk more about that in a future article.

Although these three weapons represent a diverse collection of hunting options, simply owning them will not help when your life is on the line. You must be proficient with any gun you choose and have a good knowledge of how it works and how to maintain it.

Practice until you feel comfortable using the weapon so that when it really counts, you’ll have the knowledge and confidence to use it properly.