Looters are a serious problem that accompanies any disaster. If you don’t believe me, just look at Hurricane Katrina; the city was underwater, but the looters were out, seeing what they could steal.

Of course, it doesn’t take a disaster to get looters going; there are plenty around on a day-to-day basis. It’s just that they seem to multiply during the aftermath of a disaster. 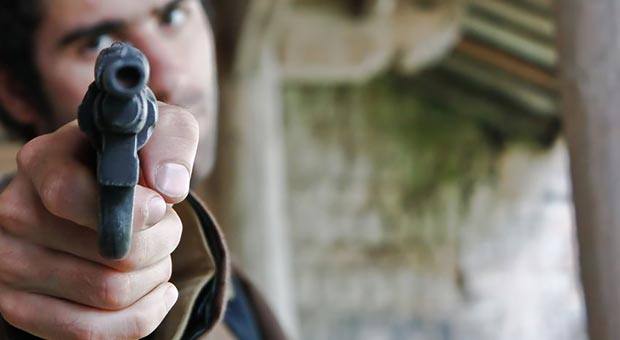 Unfortunately, the police can’t stop them. I’m not blaming the police for that; there are only so many police officers on the streets. There’s no way that they can be everywhere at the same time, stopping those looters from doing their thing.

No, if they’re going to get stopped, it’s going to have to be because you and I do it, not because the police stop them.

There are three important things to keep in mind about the criminal mind. These three attributes pretty much define why they do what they do:

With that in mind, there are a number of things that we can do to scare off looters, before they can accomplish their goals. Always remember, your goal is to get rid of them, not necessarily to kill them or even to arrest them. You want them to leave you alone and leave your goods with you.

Remember, your goal is to scare them, so that they will run away. In order to do that the most effectively, you want to hit them with everything you’ve got, all at once. In other words, while your ambush is going on, get the dogs barking and set off your simulators. Throw some fire their way as well.

The more confusion you can add to the mix, the more terror it’s going to create in their hearts. That will get them to leave, much more effectively than anything else you can do.

Learn more about defending your home and family during crisis on Conquering the Coming Collapse.

Bill White is the author of Conquering the Coming Collapse, and a former Army officer, manufacturing engineer and business manager. More recently, he left the business world to work as a cross-cultural missionary on the Mexico border. Bill has been a survivalist since the 1970s, when the nation was in the latter days of the Cold War. He had determined to head into the Colorado Rockies, should Washington ever decide to push the button. While those days have passed, the knowledge Bill gained during that time hasn’t. He now works to educate others on the risks that exist in our society and how to prepare to meet them.