Social chaos. Most of us have lived our lives without ever having personally witnessed true and up-close human social chaos, and the terrible follow-on effects that rip away life as you know it.

We are seeing it on TV (more and more), but for most, it’s somehow not ‘real’ or personal. 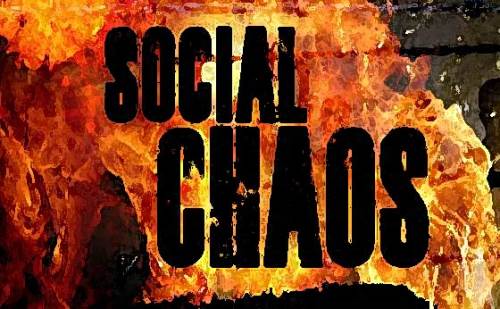 It could never happen here — right?

The modern world of today coupled with our normalcy bias that nothing could possibly hurl our lives into social chaos – presents a much higher risk than you think.

If something were to go terribly wrong from the political forces at work which control and manipulate public perceptions – all while demonizing, silencing, and criminalizing public descent or those who seek liberty…

If something were to go terribly wrong from regional wars leading to World War…
When critical mass is reached from forces or triggers of sociological, political, financial, or other structures of life-dependent entities, these systems may break down or even collapse under the pressures applied to them.

The trigger, or tipping point, or false flag, or black swan event, is unpredictable.

Some of us may instinctively know when we are near such a point with the recognition of the right ingredients being ‘in the mix’. Many believe we are very near — right now.

Once the event is triggered, it may rapidly evolve into a domino effect where the situation suddenly explodes into complete chaos.

There are many triggers. It’s just a matter of time until one of them goes off.