It has happened. The event that we have all talked about for so many years has come to fruition. The banking and monetary system, after many years of bail-outs and market manipulations, has finally collapsed. Many have plans to “bug out” to the safety of their isolated retreat where they plan to hunker down and weather the financial tempest that surrounds them. 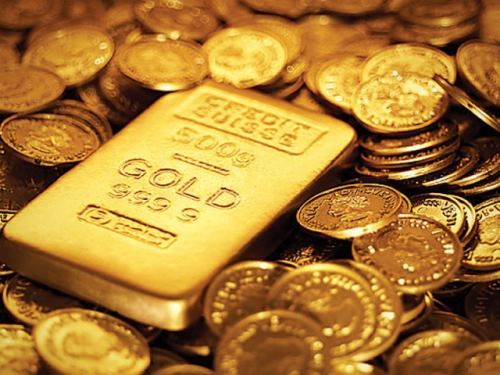 I have to admit that this is probably the best short-term plan to survive, but what do you do when your supplies run out? What will the long-term solution be, until a new monetary system is established? How could someone position themselves to be part of the solution rather than waiting for the solution to come to them?

Several very knowledgeable people have discussed a great many topics regarding preparedness in case of an economic catastrophe in our country. Whether it is inflation, deflation, or stagflation, the economic impact on our currency could be severe. That is why, in tandem with all my preps, which includes a paid off, well-stocked retreat with a water filtration system, solar/wind power generators, fuel and farming gear, and all the necessary supplies, I have also positioned myself to act as an interim bank, mercantile, and co-op for day-to-day purchases, exchanges, and loans, until a new currency is established by the government.

There will probably be a period, albeit a short one (I’m guessing six months or so but maybe longer), where U.S. dollars will not be the preferred medium for exchange. I feel that some will barter directly for food with whatever goods or services they may have, but what does one do when they do not possess something that the other party covets or desires? It will be necessary for something to serve as a “store” of value.

The biggest problem, though, is that whatever is used will need to be available in several small denominations and be easily recognizable to all. People tend to gravitate towards the familiar. The closest thing to our old beloved dollar will be pre-65 coinage, recognizable .999 silver bars/coins, and our current 75/25 nickels and pre-82 pennies. Gold will also be coveted but only for larger purchase, in my opinion, as even a gram of gold will far exceed the purchase price of most goods needed for day-to-day living expenses.

After assessing the demographics surrounding my retreat, I discovered that I had about 1,000 people within a 10-mile radius. I then established what the current AVERAGE dollar amount is for Americans to have for cash-on-hand at any given time. After pouring over several statistical analyses regarding this issue, I’ve found that that number rests between $80 and $100. That basically means that for each person (man, woman, and child), you would need 4-5 ounces of silver or a gram and a half to two grams of gold for each person.

The key to all this is to not just put aside one ounce and one gram increments of bullion. You need that dollar value to be reached with a diversified breakdown of coinage and bars that allow the populace to be able to make multiple purchases with their $80-$100 worth of currency. This is where 90% dimes, quarters, half dollars, fractional bullion, and quality-base coinage come into play. Let’s take my population of 1,000 persons as an example. To serve as the “bank” for that many people, I have put aside these denominations:

The above amounts are worth somewhere in the neighborhood of $100,000.00 at today’s “spot” value. That means, I am a little more than 10% above what I need to operate as an interim “bank”. That additional 10% will be necessary, as you still have to have additional liquidity to provide security for your “bank” and provide extra (float) money for those that wish to secure extra funds through collateralization or outright sale of their goods. People will still want “loans” to help get them through, and this will mean that if one wishes to act as a “bank”, they need to be prepared to lend and take in collateral for the loan, or be willing to act as a “mercantile” or “co-op”, as people will not have a lot of money but may also have goods that the “bank” can buy and then re-sell to others in the community.

You won’t be able to act as our current-day, money-grubbing, greedy banksters do. You will need to be a staple of the community– helping others and acting as a “conduit” for exchange in a noble manner. Anything else will lead to a good old-fashioned tar-and-feathering or worse…and rightfully so. You will still have to have excellent security, too, as banks have been, and always will be TARGETS. Do not take being a bank for your local community lightly. You are definitely breaching OPSEC in many ways by acting in such a manner. However, SOMEBODY needs to do it, but you better be damn sure that your neighbors are as committed and endeared to you as you are to helping them.

Another necessary item will be a VERY LARGE BUILDING with a stock yard to serve as your center for exchange. I would definitely recommend that you build it in such a way to house a myriad of goods and products. Everything from food, seeds, and livestock, to other material goods such as guns, ammo, and medical supplies will need to be stored there. You will also need, of course, a vault.

You’ll have to work hard, but being the center of exchange for a community has its benefits as well. When you are just a consumer, you eventually run out of money. When you are the bank/mercantile/co-op, you have continuous flow, and you can make a small amount on each transaction to be able to maintain and even grow your wealth…even in a bad time. This is not a license to fleece people by any means, but most people will not begrudge you a reasonable profit for the services you provide to the community, as long as you are compassionate, charitable, and friendly to all who patronize you.

Many will comment that putting yourself out there in such a manner is not responsible. Let me be clear: I do not recommend attempting this unless you have established yourself with people PRIOR to the “great reset”. Trying to do so when you are not integrated into the area would be foolish in my opinion, BUT, the potential to be “the bank” in your area is possible, if you lay the proper groundwork. When people know you, they tend to be more open to dealing with you. It is human nature to be suspicious of someone’s motives, if you are unfamiliar with them. When others in the area will vouch for your character, it can make all the difference in the world and can lead to strong relationships that can be of great use when things are difficult.

The reason for writing this article is not to show how someone can capitalize on other’s misfortunes but rather to show how we can be a part of the solution and be proactive in re-establishing commerce in our area rather than just waiting for civilization to restore itself. I would like to think that the people on this forum are going to be a part of our country’s rebirth after fiat paper collapses. We can all play an integral role in bringing REAL MONEY to the forefront in our area. It takes courage and fortitude to put oneself out there and help to be a part of the solution. Our forefathers were patriots and risked a heck of a lot more than what I am proposing.

Regionalized banking truly is the best system in my opinion. When folks are tight-knit and know each other, there are simply less defaults on loans, and risky lending does not take place. Once we went to global banking systems, the human factor was eliminated from the equation. Credit unions and co-op’s, as well as localized banking, is what can work and even flourish. It is that “village concept” that will be key to restoring faith and credit, as everything will be based on real and tangible assets and NOT a fractional reserve system that is, quite frankly “imaginary money” with no real backing. My goal here is to spark discussion, and I am sure others will have more to add to my thoughts. I welcome all your ideas, criticisms, and additional input to becoming the “bank” in TEOTWAWKI. The squeamish need not prescribe!

This article has be contributed by James Rawles’ Survival Blog and was written by J.M.

James Rawles is the author of the popular Patriots series of books on the topic of surviving in a post-collapse world, as well How to Survive the End of the World As We Know It. Follow his excellent commentary, news and regularly published preparedness tips and strategies at the Survival Blog Website.