The United States could soon become a large-scale Spain or Greece, teetering on the edge of financial ruin.That’s according to Donald Trump, who painted a very ugly picture of where this country is headed. Trump made the comments during a recent appearance on Fox News’ “On the Record with Greta Van Susteren.” 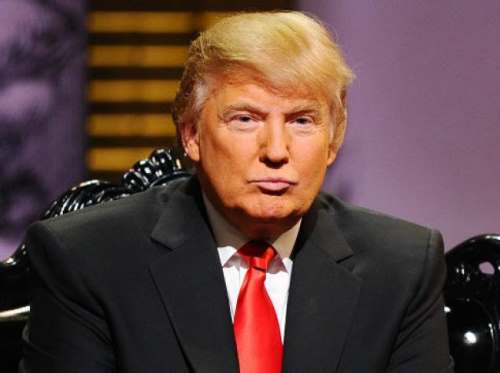 According to Trump, the United States is no longer a rich country. “When you’re not rich, you have to go out and borrow money. We’re borrowing from the Chinese and others. We’re up to $16 trillion in debt.”He goes on to point out that the downgrade of U.S. debt is inevitable. “We are going up to $16 trillion [in debt] very soon, and it’s going to be a lot higher than that before he gets finished. When you have [debt] in the $21-$22 trillion, you are talking about a downgrade no matter how you cut it.”

Ballooning debt and a credit downgrade aren’t Trump’s only worries for this country. He says that the official unemployment rate of 8.2 percent “isn’t a real number” and that the real figure is closer to 15 percent to 16 percent. He even mentioned that some believe the unemployment rate to be as high as 21 percent.“Right now, frankly, the country isn’t doing well,” Trump added, “Recession may be a nice word.”While 15 percent to 16 percent unemployment, a looming credit downgrade, and ballooning debt are a bleak outlook for the United States, they are hardly as alarming as the scenario laid out by another economist.Without earning celebrity status or having his own television show, Robert Wiedemer did something else that grabbed headlines across the country: He accurately predicted the economic collapse that almost sank the United States.In 2006, Wiedemer and a team of economists foresaw the coming collapse of the U.S. housing market, equity markets, private debt, and consumer spending, and published their findings in the book America’s Bubble Economy.Editor’s Note: See the controversial video where Wiedemer makes his claims. Click here now.But Wiedemer’s outlook for the U.S. economy today makes Trump’s observations seem almost optimistic.Where Trump sees ballooning debt and a credit downgrade, Wiedemer sees much more widespread economic destruction.In a recent interview for his newest book Aftershock, Wiedemer says, “The data is clear, 50% unemployment, a 90% stock market drop, and 100% annual inflation . . . starting in 2012.”When the host questioned such wild claims, Wiedemer unapologetically displayed shocking charts backing up his allegations, and then ended his argument with, “You see, the medicine will become the poison.”The interview has become a wake-up call for those unprepared (or unwilling) to acknowledge an ugly truth: The country’s financial “rescue” devised in Washington has failed miserably.Editor’s Note: See the 5 signs the stock market will collapse in 2014. Click here now.The blame lies squarely on those whose job it was to avoid the exact situation we find ourselves in, including current Federal Reserve Chairman Ben Bernanke and former Chairman Alan Greenspan, tasked with preventing financial meltdowns and keeping the nation’s economy strong through monetary and credit policies.At one point, Wiedemer even calls out Bernanke, saying that his “money from heaven will be the path to hell.”But it’s not just the grim predictions that are causing the sensation; rather, it’s the comprehensive blueprint for economic survival that’s really commanding global attention.The interview offers realistic, step-by-step solutions that the average hard-working American can easily follow.The overwhelming amount of feedback to publicize the interview, initially screened for a private audience, came with consequences as various online networks repeatedly shut it down and affiliates refused to house the content.Bernanke and Greenspan were not about to support Wiedemer publicly, nor were the mainstream media.“

People were sitting up and taking notice, and they begged us to make the interview public so they could easily share it,” said Newsmax Financial Publisher Aaron DeHoog, “but unfortunately, it kept getting pulled.”“Our real concern,” DeHoog added, “is what if only half of Wiedemer’s predictions come true?

“That’s a scary thought for sure. But we want the average American to be prepared, and that is why we will continue to push this video to as many outlets as we can. We want the word to spread.”