Our operating hunch is that US stocks, Treasuries and gold have all turned over recent months.

After 33 years of falling, Treasury yields are now climbing higher…

After two years of correcting, gold prices are rising again…. 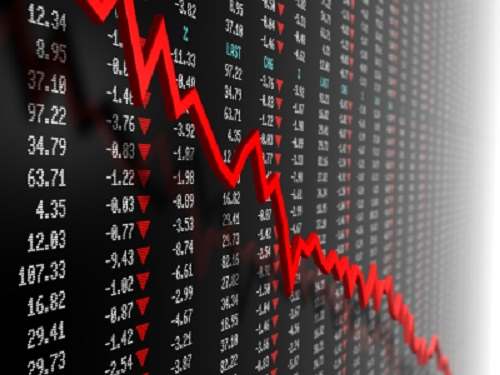 And after 4 years…or 12 years…or 31 years of rising prices, depending on how you count it, US stocks are starting to look vulnerable to a real setback.

It’s still summertime. We don’t expect much action in the next few days. But already, kids are going back to school and parents are getting back to work.

And pretty soon, investors could notice that Mr. Market is taking over the controls from the Mr. Bernanke.

Mom and Pop are back in stocks. Meanwhile, sentiment, prices, margin debt — all are at extremely high levels. (There is $377 billion in margin debt on Wall Street, for example. That’s just below its all-time high…and well above its highs before the dot-com crash and the collapse of Lehman Brothers.)

Take away the jive profits of the big banks, and real earnings are weak. The relationship between Fed policy and stock prices is weakening too. From John Hussman at Hussman Funds:

Our estimates of prospective risk are surging…

‘At present, we have what might best be characterized as a broken speculative peak, in that market internals (particularly interest-sensitive groups), breadth and leadership have broken down uniformly following an extreme overvalued, overbought, overbullish syndrome.

‘If you recall, the market also recovered to new highs in October 2007, weeks after the initial, decisive break in market internals at that time. Presently, we’re looking at the same set of circumstances. On some event related to tapering or the Fed Chair nomination, we may even see another push higher. It isn’t simply short-term risk, but deep cyclical risk that is of concern.’

What’s the ‘deep cyclical risk’ Hussman is talking about?

It’s the risk of a market that has been bubbled up due to too much cheap credit. Like any bubble, it floats around until it finds its pin.

This leads us to do something we do very rarely. Today, we’re hoisting our tattered ‘Crash Alert’ flag over our Reckoning headquarters here in Baltimore. Watch out!

Not that we know anything you don’t know. We gave up trying to predict the future long ago, after we realised we were no good at it. Our Crash Alert flag is not a forecast. It is like a tornado warning. Market conditions are exceptionally ripe for a bad storm.

Markets move in cycles of trust.

They begin tentatively, with investors unwilling to pay more than eight or nine times for a dollar’s worth of reported earnings…and too scared to lend money without at least 10% interest coming their way.

Gradually, as things improve and asset prices rise, investors become more confident. Soon, they are buying stocks with P/Es of 12 to 15…and borrowing at only 5% interest.

Then investors become convinced that the good times will last forever. They put aside their doubts. They find reasons to believe that what never happened before is now guaranteed to go on forever.
Ordinary people have come to think that Wall Street is there to help them make money. Progress, prosperity and rising asset prices — now and everlasting. Amen.

These beliefs are tested. There are setbacks. Shocks. And brief corrections.

But if these are overcome quickly enough, say by Fed policy, a kind of blind faith takes hold. Investors begin to believe the impossible.

Now, for example, investors think the Fed ‘will not allow’ a serious correction.

It should be pointed out, tout de suite, that the Fed can influence the markets. But it does not control them. And the more it influences them, the harder they are to control.

Investors trust the Federal Reserve to protect their money…just as the Fed makes their investments less trustworthy! Because the more influence the Fed exerts over prices, the farther they move away from where they ought to be.

If the Fed offers makes credit too cheap for too long, for example, stock prices adjust…and soon become higher than they should be. At some point, they are so high — and so far removed from solid values — that the proud tower wobbles, and then collapses, regardless of what the Fed is doing.

And based on what’s happening in the bond market, it appears as though the Fed has already lost control.

Ah yes, dear reader, that is one of the curious, always-fascinating feedback loops that keeps life on planet Earth ‘normal’.

Whenever things get too weird, something intervenes to make them less weird. And one of those things is a certain Mr. Market.

It’s all very well for investors to believe the Fed won’t allow them to lose money. That’s what makes it possible for non-delusional investors to make a lot of money. Again, John Hussman (emphasis ours):

‘Collective belief can create its own reality, and at least for the past few years, collective belief is that Fed actions simply make stocks go up, and so they have. The problem is that this outcome is based almost wholly on perception and confidence bordering on superstition – not on any analytical or mechanistic link that closely relates the quantity of monetary base created by the Federal Reserve to the equity prices (despite the correlation-presumed-to-be-causation between the two when one measures precisely from the 2009 market low).

‘Some of the deepest market losses in history have occurred in environments of aggressive Fed easing. Markets move in cycles, bear markets wipe out more than half of the preceding bull market gains, and this one is likely to be no different.’

But at some point, Mr. Market gets tired of watching people make money. He likes to see them all lose money too.

This could be one of those times…