You might not connect comfortable retirement with a financial crisis, but the truth is there are always opportunities if you know where to look.

Start by asking yourself “what causes a financial crisis?” 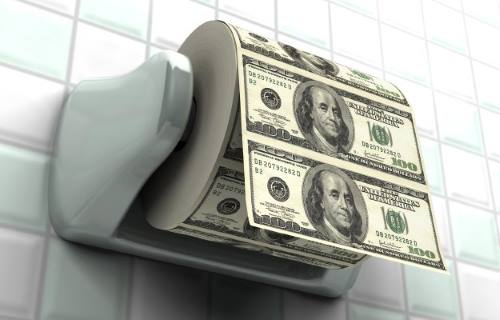 A financial crisis is often triggered by one or more of these problems:

Next, look at what all of these triggers have in common: They feed off of each other. And they all involve money. The first 4 triggers are almost always directly related to fiat currency – fake money that is printed by the government or central bank. Fiat currency, like the US dollar, always has the same fate: eventually it dies.

The last 2 triggers – war and natural disasters – often cause the first 4 because war and disaster damage are both very expensive. They usually cannot be paid for with regular tax revenue. So they print it instead.

This list should look familiar. We are in the middle of most of these triggers right now and have experienced large scale natural disasters recently (Hurricane Katrina, for example).

So what does all this have to do with retiring comfortably?

The answer is in the currency. When a nation’s money dies because of irresponsible practices, like paying debts with more debt, people will flock back to real money. Real money is limited in supply and cannot be inflated by greedy bankers and politicians. Real money is a store of value while fiat currency falls in value from inflation until people lose all confidence in it. Then it dies.

Recognizing real money isn’t difficult. Gold and silver have been used as money for thousands of years – far longer than any paper currency.The opportunity to retire comfortably with real money comes from 2 things:

Let’s dig into each of these 2 opportunities so you can understand why you can retire comfortably just by owning some gold and silver.

The Flight Back to Real Money 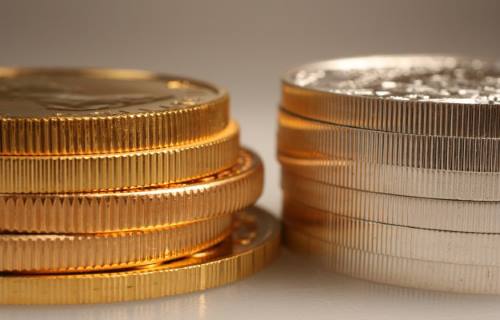 The first one is pretty easy to understand. All fiat currencies eventually fail and the US dollar will be no exception. When this process is complete most people will lose everything that is tied directly to the dollar. This includes bank accounts, Wall Street stocks, bonds and mutual funds along with other paper assets like insurance policies.

Barter will work for a time, but it has limitations and will always be replaced by some form of money. For example, it would be impractical for you to trade chicken eggs for a place to live. Barter generally works best with items of similar value.

Most people understand that gold and silver are the answer, so everyone will be trying to get physical gold and silver. The problem (or opportunity) is that the supply is limited, so the old economics law of supply and demand will take over and the value will shoot up until things level off.

At this time in the United States, it is estimated that less than 2% of the population owns any physical gold or silver:

So when the other 98% decide they need to catch up, those that already own physical gold and silver will see their investment climb into the stratosphere.

The Coming Fight Over Who Owns What

Ownership claims for gold and silver by Wall Street investors, banks, governments and customers of some storage facilities now exceeds the actual amount of physical gold and silver by over 100 times. Known as the leverage ratio, the chart below shows how many ounces of gold are claimed by someone on paper forevery ounce in the inventory of the COMEX gold exchange (think of COMEX as the New York Stock Exchange of gold and silver). 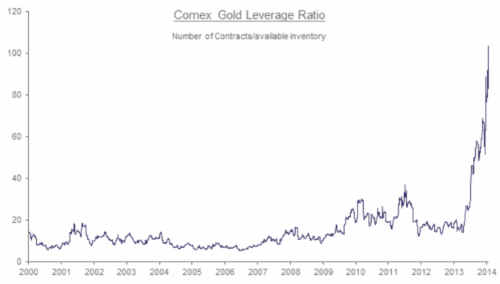 What this means is brokers of “paper gold” are selling the same ounce of physical gold over and over to 100+ different people and institutions. Eventually, this fraudulent practice will fall apart when investors demand their gold – and very few will actually get it.

There are two lessons to be learned from the COMEX leverage ratio being so high:

So prepare for the biggest financial opportunity to come along in several generations by getting some physical gold and silver. Then you won’t just be prepared to survive the financial meltdown, you can actually come out of it wealthy and prosperous if you do it right.