Members of the preparedness community often remind people to be prepared, and to focus on the survival basics; and nothing is more basic than food, water, first aid, security/self-defense and hygiene/sanitation. If you have considered these things, and secured the proper supplies as part of your preparations and planning, then you are far ahead of 99% of the population. No it’s not a typo, and I’m not exaggerating. According to the U.S. Census there are an estimated 315.9 million people in the U.S. 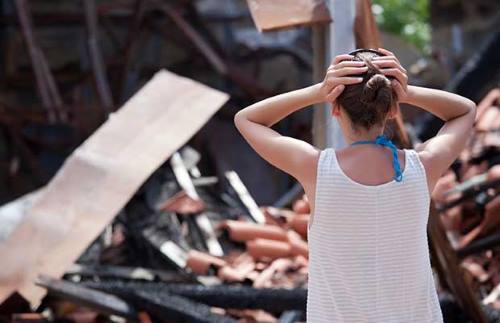 Of those, less than 1%, or about 3 million, are prepared for a natural or man-made disaster. These statistics are pretty shocking, especially when you consider that the majority of these people live and work in highly populated urban centers. By implication, if less than 1% of the population is prepared, then just over 99% is unprepared – that is almost everybody! Even assuming that the estimated number of “prepared” people is somehow vastly underestimated, which I really don’t believe to be the case, the number of unprepared people is just so disproportionately large, we can surely anticipate some very difficult and dangerous scenarios that after any major crisis. Here is some of what we can expect in the aftermath of a natural or man-made disaster.

That was a pretty brutal, but fair assessment of the potential reality after a crisis. Now for the good news – you have choices and you have options. Your basic preparations will only get you part of the way. To get the rest of the way, you must make plans and prepare for how you will deal with the unprepared after any major disaster. Here are 5 tips and ideas to get you started:

About The Author: Richard is a practicing attorney and a survival and firearms enthusiast; he currently teaches and consults in the areas of urban survival planning and preparation.For the latest news and updates connect with Richard on www.survivingdoomsdaythebook.com

3 Replies to “Disaster Aftermath: What to Expect and How to Prepare”