Skip to content
Astronomers everywhere have been warning about the severe rise in solar flares that is expected for 2014. Even NASA has issued warnings for this, concerned that they could cause major disruptions on a worldwide basis. Part of the problem is that we’re really not sure what kinds of effects the solar flares are going to cause or how serious those effects will be. 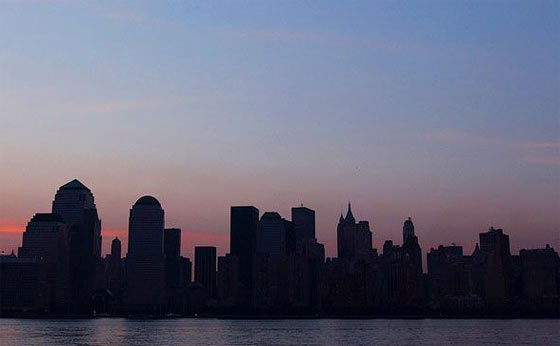 It’s a known fact that all solar flares cause some sort of radiation. Often, this is broadband radiation, which hits our atmosphere and causes problems with radio reception. Back in the 1970s, this was severe enough to put an end to the CB radio craze, essentially eliminating all but the shortest-range communications on the frequencies that CB radios use. In addition, it affected commercial radio and television transmissions, sometimes severe enough to block out reception in outlying areas.

However, the bout of solar flares that happened in the 1970s is nothing like what’s expected this year. The solar storm of 2013 should be a couple of orders of magnitude greater than that of the 1970s. So the radiation which we receive will be much more severe as well.

The biggest risk that scientists are concerned about is that of electromagnetic pulse (EMP). This is the same sort of radiation that occurs when a nuclear bomb is exploded above the atmosphere. Since the lack of an atmosphere prevents the energy from going out as a physical shock wave, it goes out as electromagnetic energy. Since the sun (or any star) is essentially the same as a sustained nuclear explosion or hydrogen bomb, it produces large quantities of electromagnetic energy as well, especially during times of solar flares.

The Problem of an EMP Hit

If a massive EMP pulse from the sun hits the earth, the results could be disastrous. Other than military electronics, very few pieces of electronic equipment are designed with the necessary protection to prevent EMP damage. So, there’s a strong possibility that a large portion of the commercial and consumer electronics that we depend on for our day-to-day lives would be out of commission.

That may not sound all that serious, but you have to realize that the entire infrastructure that we depend upon is controlled by electronics, specifically computers. A severe EMP hit could knock all of that out of commission. Were that to happen, our lifestyle would be set back 100 years or more.

The greatest risk that we face from an EMP hit is the loss of the electrical grid. This is already the most sensitive portion of our infrastructure, with much of it being outdated and in need of repair. Because of that, it’s highly susceptible to EMP.

Imagine living in a world without running water, city sewer service, all of the home electronics that we all depend upon, stores, gas pumps, heating and air conditioning, refrigeration and much more. That’s the world we are likely to find when and if this electromagnetic pulse hits.

An EMP attack is probably one of the worst disaster situations possible to prepare for, simply because of how much we depend upon will disappear in a moment. All of the preparations that preppers typically do will be needed. People will have to do everything for themselves, from filtering their own water to growing their own food. Until the electrical grid can be rebuilt, everyone will have to be independent to survive.

Protecting Yourself from EMP

The common way of protecting yourself from the results of EMP is to use a Faraday cage. This is based upon two things: the fact that metals are great conductors of electricity and that electromagnetic waves are attracted to metal. When they encounter it, they are stopped by that metal. Even a piece of metal as thin as aluminum foil is enough to block electromagnetic energy.

Placing electronics in a Faraday cage is an almost foolproof way of protecting them from the devastation of EMP. However, the Faraday cage must be constructed properly. First of all, the cage must totally surround the electronic device. If there are any gaps, then it may be possible for the electromagnetic radiation to enter. Secondly, the electronic devices inside must be fully insulated from any physical or electrical contact with the faraday cage itself. This is accomplished by insulating the cage with a non-conductive material.

If you wanted to make your own Faraday cage, it would be extremely easy. All you need is an enclosed metal container, such as a portable metal file box or a metal trash can. You can line the container with any of a number of materials, but one that works extremely well is sheets of Styrofoam. You can buy this in any building materials center, as home insulation. Merely cut up the sheets and glue the pieces in place.

That will take care of small electronics, but it won’t help you much with large electronics or electronic devices that you use regularly. You can protect those to some extent by a combination of using surge protectors and grounding them.

Our electrical grid is going to act like a huge antenna for that electromagnetic radiation, capturing it. That will cause a huge electrical spike. In fact, that spike is probably what will ruin most home electronics, rather than the EMP itself. If you put surge protectors on everything, you can stop most of that. The surge protectors themselves may not survive, but they will protect the equipment connected to them.

The earth itself is the best electrical ground there is. Your home electrical grid is probably grounded to earth. Electrical code requires that the circuit breaker box by grounded. This is usually accomplished through a copper-plated rod, installed through the foundation, right below the electrical box (it’s usually hidden in the wall). However, that may not be enough protection. If you have a room with a lot of electronics in it, such as a home office, adding an additional ground would be advisable.

Not all of our home electronics is connected to electrical power. All modern cars have more computer power in them than the old time mainframes. Yet, almost by definition, the rubber tires on a car insulate it from the ground. That can be dangerous for the electronics.

Driving a ground rod into the ground next to where you park your car provides you with a simple way of grounding your car at home. Simply use a jumper cable, connecting it to any accessible part of the frame (bumper supports are accessible and might work) to the ground rod. Then, if an EMP strikes, it will be grounded, protecting the vehicle’s electronics.

One Reply to “How To Reduce Your Risk From An EMP”