We offer this report to you not as an example of how the world as we know it might end, but just as another example of how the more sophisticated the systems and services we surround ourselves with, the more vulnerable we become.  The convenience they offer us blinds us to the added degree of dependence on which our lives and life styles are based. 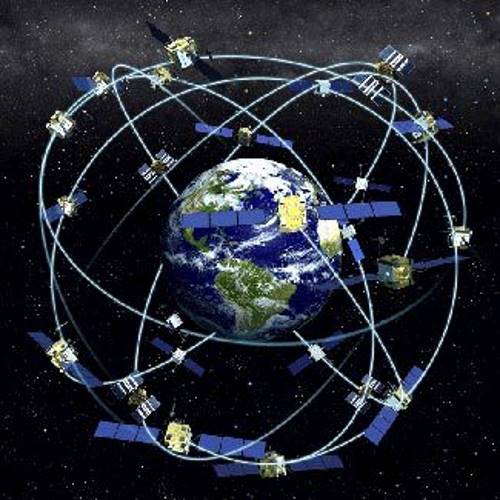 Back in the ‘good old days’ – ie before ubiquitous GPS, people would go places based on maps.  Remember the annual Rand McNally books of maps?  And remember how they’d pressure us into buying a new one every year, due to ‘50,000 changes since last year’s edition’ or something like that?  Remember also buying (or being given!) maps at the gas station?

Do you even have a map book now?  For many of us, the answer is no.

Now – here’s the thing.  Your map book was failure-proof.  Apart from leaving it behind, or the dog eating it, it couldn’t fail, right?  Maybe it wasn’t the most convenient way to navigate your way from Point A to Point B, but it always worked.

If we go off-road, we might formerly have augmented our maps with a compass as well.  A compass relies on the earth’s magnetic field, and although there are some thoughts that the magnetic field could flip around some time in the next some thousands of years, for our lifetimes, it is probably safe to say the earth’s magnetic field is about as reliable a thing as the sun rising in the east every morning and setting in the west each night.  Apart from the compass itself breaking, the underlying principle of compasses is 100% reliable, and compasses themselves are relatively easy to repair or improvise in an emergency.  A compass is a perfect low tech device that relies on nothing external to operate.  It doesn’t even require any electricity.

Nowadays, maps and compasses have been superseded by digital GPS units that rely on signals from satellites in space, 12,000 or so miles away that the units use to calculate their position, their heading, their altitude, and their velocity.  Unfortunately, those signals are vulnerable to interference, and the receiver units are vulnerable not only to jammed signals but also to fake signals that can upset their logic and calculations.

This article tells of how researchers at Carnegie Mellon University created a device that cost no more than $2500 to build, and which caused every GPS unit it then broadcast a signal towards, to crash and cease operating.

Puzzlingly the article’s lede says that up to 30% of GPS receivers could be taken offline by one of these units.  The puzzle is – where did the ‘up to 30%’ come from, when every unit tested was made to crash?  Shouldn’t the article say ‘100%’?  Or would that be too frightening for the general public?

Maybe the 30% figure means that a single 45 second broadcast from one of these $2500 devices would disable 30% of all GPS units, everywhere on the planet.  In other words, position the device in the center of the US, turn it on, and in less than a minute, every GPS receiver in or above the US, or in the waters around the country, will crash.

Never mind.  The purpose of our commentary is simply to point out how something that has become so ubiquitous and almost essential (not so much for our navigating between home and work each day, but for ships at sea and airplanes in the sky, especially if flying through or above clouds) and also now very much taken for granted, is also something terribly vulnerable to electronic attack.

Indeed, there are five different vulnerabilities that GPS units suffer.  The first is an attack on the GPS satellites.  If an enemy power was able to destroy some or most of the satellites, our receivers would no longer have enough satellites to lock onto and calculate a reliable position from.

The second vulnerability is from EMP attack – an EMP pulse would likely destroy the electronics in most GPS receivers.

The fourth vulnerability is GPS spoofing.  Instead of just jamming the real GPS signal with random jamming ‘noise’, a sophisticated enemy can replace the weak real GPS signal with a stronger overriding fake GPS signal that makes the GPS receiver think it is somewhere else.  This type of technique has been used by terrorist cells to take over our reconnaissance drones.

The fifth vulnerability is sending confusing signals that cause the micro-processor inside the receiver to crash – the vulnerability the article discusses.

Note that the researchers concede that a determined attacker faces no huge obstacles (to mounting an attack that would cripple the world’s GPS).

This teaches us two things.  The first thing is that we can’t take anything for granted.  Although GPS seems stable, mature, and ultra-reliable, it has five different forms of vulnerability which could be exploited at any time.  Sure, losing GPS across the country won’t threaten a plunge into a nightmarish level 3 situation, and we’re not suggesting it would.  But if something so stable and certain and safe as GPS is actually totally vulnerable to attack, what else is out there that could also be similarly vulnerable?

The second teaching point here is that as preppers we need to have backup systems and solutions that are low-tech rather than high-tech.  An EMP type attack is a real danger, and if such an event were to occur, we – and the rest of the country – would suddenly find that 95% of our electronics had failed.

Are you prepared to convert your existence to one with no electronics and no electricity?  Unless and until you can say ‘yes’ to that, you’re not truly prepared.