Most Americans do not know this, but a single EMP attack could potentially wipe out most of the electronics in the United States and instantly send this nation back to the 1800s.  If a nuclear bomb was exploded high enough in the atmosphere over the middle part of the country, the electromagnetic pulse would fry electronic devices from coast to coast.  The damage would be millions of times worse than 9/11.  Just imagine a world where nobody has power, most cars will not start, the Internet has been fried, the financial system is offline indefinitely, nobody can make any phone calls and virtually all commerce across the entire country is brought to a complete stop. 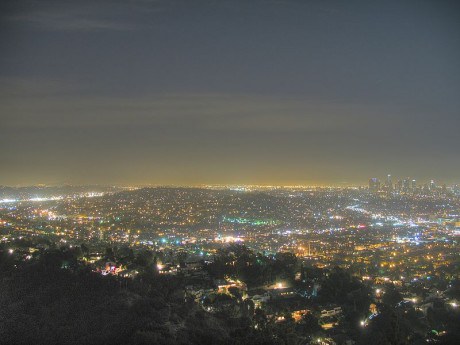 A nation that does not know how to live without technology would be almost entirely stripped of it at that point.  Yes, this could really happen.  An EMP attack is America’s “Achilles heel”, and everyone around the world knows it.  It is only a matter of time before someone uses an EMP weapon against us, and at this point we are pretty much completely unprepared.

The sad thing is that we are spending hundreds of billions of dollars hunting down “terrorists” in caves on the other side of the globe and we have been told that because of “national security” it is necessary for our private areas to be touched before we are allowed to get on an airplane, but our government is doing essentially nothing to address what is perhaps our biggest security vulnerability.

What would you and your neighbors do if the power went out and it did not ever come back on?

What would you do if an EMP attack happened in the middle of the winter and you suddenly were not able to heat your home any longer?

What would you do if all the electronics in your car got fried and you simply could not drive anywhere?

What would you do if all the supermarkets in your area shut down because food could not be transported across the country anymore?

What would you do if you were suddenly unable to call your family and friends for help?

What would you do if you were suddenly unable to get the medicine that you needed?

What would you do if your debit cards and credit cards simply did not work any longer and you could not get any of your money out of the bank?

What would you do if all of these things happened all at once?

A single EMP attack would be the worst disaster that the United States has ever seen by far.

An electromagnetic pulse (EMP attack) could potentially fry the vast majority of all the microchips in the United States.  In an instant, nearly all of our electronic devices would be rendered useless.

Yes, the federal government knows all about this.  The following excerpt is froman April 2008 report by the Commission to Assess the Threat to the United States from Electromagnetic Pulse (EMP) Attack….

Most of us have become completely and totally dependent on electricity and technology.  Without it, most of us would be in huge trouble.

The following is how an article in the Wall Street Journal described the potential consequences of an EMP attack….

No American would necessarily die in the initial attack, but what comes next is potentially catastrophic. The pulse would wipe out most electronics and telecommunications, including the power grid. Millions could die for want of modern medical care or even of starvation since farmers wouldn’t be able to harvest crops and distributors wouldn’t be able to get food to supermarkets. Commissioner Lowell Wood calls EMP attack a “giant continental time machine” that would move us back more than a century in technology to the late 1800s.

It wouldn’t be so bad if we had the knowledge and the infrastructure to live the way that they did back in the 1800s, but today that is simply not the case.

Dr. William Graham was Ronald Reagan’s science adviser and the chairman of the Commission to Assess the Threat to the United States from Electromagnetic Pulse (EMP) Attack.  Dr. Graham believes that in the event of a large scale EMP attack, the vast majority of Americans would either freeze, starve or die from disease.

According to Graham, in the aftermath of an EMP attack life in America “would probably be something that you might imagine life to be like around the late 1800s but with several times the population we had in those days, and without the ability of the country to support and sustain all those people.”

Would you be able to survive?

All of those big bank accounts may never be able to be recovered after an EMP attack.  Your money might be instantly fried out of existence.

The following is what Graham believes would happen to the financial system in the event of an EMP attack….

“Most financial records are stored electronically. ATMs, which depend upon both power and telecommunications, would not be available; banks, which try to back up records but in general aren’t strongly aware of the EMP problem, would face the problem of unprotected storage and computer systems”

This is the danger of having a financial system that is so dependent on technology.  We may wake up one day and find that all the money is gone.

But if an EMP attack actually happened, the biggest concern for most of us would be trying to figure out how to survive.

The president of the Center for Security Policy, Frank Gaffney, is convinced that a single EMP attack could result in the deaths of the vast majority of the population of the United States….

Are you starting to get a feel for the scope of the problem?

The sad thing is that so much could be done to protect this country from an EMP attack.

Right now, most vital U.S. military infrastructure has at least some protection from an EMP attack.

But the general population has been left completely and totally vulnerable.

It has been estimated that the entire power grid could potentially be protected for about 20 billion dollars.  Considering the fact that we have spent over 400 billion dollars in Afghanistan, I think that we could afford it.

We have spent our national security dollars very, very badly and someday it is going to come back to bite us in the rear end.

Right now, other nations around the world are working feverishly to develop EMP weapons.  The following is from a statement by Dr. Peter Vincent Pry to the United States Senate Subcommittee on Terrorism, Technology and Homeland Security on March 8th, 2005….

North Korea’s last round of tests, conducted in May 2009, appear to have included a “super-EMP” weapon, capable of emitting enough gamma rays to disable the electric power grid across most of the lower 48 states

Remember, all it would take is one strategically placed EMP attack to wipe out this nation.

But an EMP weapon is not the only danger that can produce this type of effect.  The truth is that a really bad geomagnetic storm could also potentially producealmost as much damage.

Our idiocy is astounding.

General Eugene Habiger, the former head of U. S. Strategic Command, has said the following about the possibility of an EMP attack in the future….

Remember, this is something that could cause millions times more damage than 9/11 did.

Instead of molesting old ladies at airports and chasing goat herders around the mountains of Afghanistan, perhaps we should be addressing our largest security vulnerabilities.

But that would require using some common sense.  Sadly, common sense seems to be in very short supply in Washington D.C. these days.

So if the government is not going to do anything about it, that means that it is up to you to prepare yourself and your family.  This world is becoming very unstable and disasters can strike at any time.

We all saw what happened after Hurricane Katrina.  The government response was a nightmare.  An EMP attack would be millions of times worse and the federal government probably would not even be able to get you and your family any assistance.

You would truly be on your own.

So are you ready?

This is yet another reason why the number of preppers in the United States is exploding.  A lot of people can see how the world is changing and they understand that the federal government is not going to come through for them when the chips are down.

An EMP attack could end life as we know it at any time.

It is a glaring security vulnerability and the entire world knows that the EMP attack is there.

I hope that you are getting ready, because the government certainly is not.

By Michael Snyder, from endoftheamericandream.com

One Reply to “Life After An EMP Attack: No Power, No Food, No Transportation, No Banking And No Internet”