When you are up against it and you want to get out alive – you need to be a badass. It doesn’t matter if “it” is a hurricane, an earthquake, or an angry mob banging at your door, the truth is it’s most likely the toughest S.O.B that’s going to come out on top. 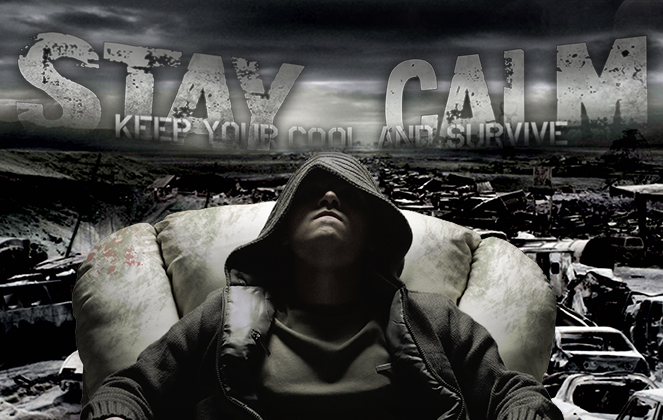 Being a badass is completely different. A badass knows he (or she!) is a badass and they don’t have to prove anything to anybody.

A badass will do what it takes to survive, but badasses know their limits. Badasses are not jerks. A badass knows he or she is tough as nails, but also that if you do something stupid like jump off a building – or spit on a badass — you’ll probably die.

A badass does not try to make enemies or go looking for fights. A badass knows that the easiest way to win any fight is to avoid it altogether. A badass never throws the first punch, but always throws the last.

Sure, most Special Ops are Badasses. But I’ve also known 79- year old

grandmothers who are badasses. It’s all in the Attitude.

technique. A generation ago, being prepared was more than just the motto of the Boy Scouts; it was a way of life.

Your grandparents knew it just made sense to prepare for the unexpected. Today, your friends and family may look at you like you’re nuts when you talk about the need for emergency supplies and a disaster plan.

That’s because recent generations have become a complacent bunch of whiners.

We have had ever increasing modern conveniences making life easy, and have friends or neighbors, had any problems with the availability of goods and essential services. You were looking at the headlines of terrible disasters in Japan, Haiti, even closer to home in New Orleans or New Jersey, but still take an attitude of “it’s sad, but something like that can’t happen to me.” But it can. And the sooner you prepare for it in your mind, the better you will be able to prepare all around.

You have all heard tales of incredible survival; some get made into movies, like the plane crash in the Andes in October 1972 and what the surviving members of the Uruguayan rugby team were forced to do to survive. Or more recently, James Franco’s Oscar nominated portrayal of mountain climber Aron Ralston and his incredible ill-fated “127 Hours” in the Blue John Canyon of Utah.

But just as it doesn’t take a major disaster to find yourself in a desperate situation, not all survival stories make headlines. There are hundreds, thousands of equally amazing stories of survival that occur across the planet everyday. Like a 62-year-old French woman, who survived 11 days lost in the Spanish Pyrenees living on nothing but rain water and nibbling on wild herbs.

Or Shayne Young who stumbled over 3 miles to safety, enduring the unbelievable pain of a broken back, to avoid freezing to death on top of a mountain, after his ATV had overturned, nearly crushing him to death.

Or 71-year old pistol packing grandpa Samuel Williams, who stopped two armed gunmen literally dead in their tracks when they attempted a stick-up at an Internet Cafe where Sam was just trying to enjoy a cup of Joe.

Whether their particular stories became legendary or not, what all of these people had in common was the determination, the will — not to be a victim. They said to themselves, and sometimes even shouted out-loud:

“I AM NOT GOING TO DIE TODAY”

And that has more to do with your attitude, than any training you have had, or equipment you have on hand.