Humans have been making, using, and consuming alcohol since the dawn of civilization.  It first began with the cereal grains used to make beer by the cultures of Mesopotamia and Egypt.  Later, the cultures of the Mediterranean–the city-states of Greece and the Roman Empire–adopted wine as an integral part of social, political, and religious life. 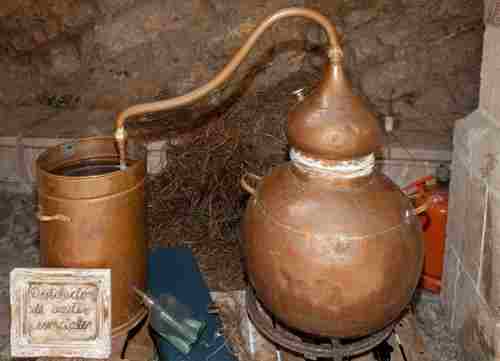 How to Make Alcohol at Home

The Age of Exploration starting in the 15th century gave birth to a new range of spirits thanks to the improvement and growth of the distillation process.  Drinks like rum, whiskey, and brandy were used as currency to buy slaves in the colonies of the New World.  Eventually, these same spirits played a major role in the formation of the United States.

In today’s times, alcohol is more than just a thirst quencher, religious symbol, or bartering agent.  We now use alcohol as a disinfecting antiseptic, chemical solvent, in products like antifreeze, and as fuel.  With such versatility, alcohol is one product whose demand will increase exponentially in the event of a disaster.

Thus, learning how to make your own alcohol can be an incredibly gratifying and potentially life-saving way to spend your time prepping.  Doing so could yield an unlimited supply to be used for personal consumption, medical use, sterilization, fuel, and trade.  If using a homemade still you can also create distilled water, another multipurpose survival substance.

The components for making alcohol are actually quite simple.  Alcohol is made when yeast is added to a sugar-containing substance, which releases CO2 and starts the fermentation process.  In wine, yeast is added to a grape mixture to ferment the natural sugars over time. 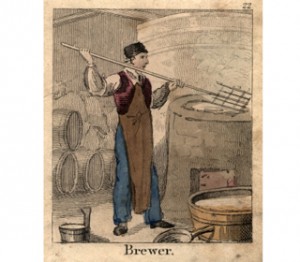 The process is slightly more complicated in beer, as grains don’t contain as much natural sugar.  Thus, the grain-growing process is halted midway to harness the sugar enzymes and “malt” the grain before yeast is added.

Hard liquor requires the additional step of distillation, which serves to concentrate the liquid AFTER the fermentation process of a “mash” of corn or fruit.

Though the process is labor intensive, making your own beer and wine is perfectly legal. In fact, home brewing has taken off as a hobby around the world in recent years.

You can purchase a kit with everything you need to get started or do it from scratch with your own materials.

Unfortunately, distilling alcohol remains illegal for personal use and distribution (in the United States) for reasons of safety, taxation, and regulation.  However, distilled ethanol, or grain alcohol, is the most versatile and useful form of alcohol for survival purposes.

Ethanol is a clean burning fuel that can power your vehicle and be used as fuel for cooking or lighting.  In fact, it was once mixed with turpentine as an alternative to whale oil for 19th century street lamps.  Accordingly, ethanol mixes well with kerosene to allow for an extended supply.

If dehydrated properly, ethanol can also be added to unleaded gasoline to extend its life.  If you face a scenario where the supply of gasoline is exhausted, ethanol could also be used to make your own E85.

The supplies and purification process are complicated, but this homemade fuel could be created for less than what you’d expect to pay at the pump.

Additionally, alcohol makes great fuel for cooking.  Homemade tin can alcohol stoves are something every prepper should know how to make and carry in their bug out bags as a back up fuel source.

The basic process for making homemade ethanol alcohol is as follows:

Distilled ethanol alcohol starts with a mash.  Corn is commonly used, as it is inexpensive and readily available.  However, pretty much any compost material could be used granted it contains the right enzymes to react with yeast to break down the sugars.  These could be potatoes, carrots, sugar cane, or any other starchy produce.

You typically start with equal parts mash starch and sugar in a five-gallon bucket with filtered water added until full.  A few packets (recipes and amounts vary) of yeast is added and stirred until (roughly) dissolved.

The mixture in the bucket is then covered and left to sit for 2-3 days (or longer).  The lid should not be opened at any point during this time.

After 3 days, agitate the mixture by shaking the bucket without removing the lid.  The mash should be ready after 4-5 days when the sediment rests at the bottom of the bucket and is no longer partially suspended.  This is a sign the yeast has completed fermenting the sugars into alcohol.

The distillation process requires boiling your mash, condensation of the liquid, and cooling and collecting the vapor.  Ideally, this will be done in some kind of still.

Popular homemade versions are Reflux and Fractionating stills, typically used to make neutral, or tasteless, ethanol alcohol that can be used straight up or flavored for consumption later.

The alcohol will begin to boil off at about 170 degrees Fahrenheit.  The outlet of your still should cool the vapors down to about 70 or 80 degrees and turn the ethanol back into liquid.

As the alcohol levels of the mash are boiled off and reduced, the temperature of the pot will begin to rise.

Once your mixture reaches about 220 degrees it is finished producing ethanol and a new batch of mash will need to be added.

Our ancestors lived more simply than most people today are willing to live and that is why they survived with no grocery store, no cheap oil, no cars, no electricity, and no running water. Just like our forefathers used to do,  The Lost Ways teaches you how you can survive in the worst-case scenario with the minimum resources available.It comes as a step-by-step guide accompanied by pictures and teaches you how to use basic ingredients to make super-food for your loved ones, how to make your own beverages from beer to stronger stuff like alcohol and even herbal poultice to heal their wounds.

5 Replies to “How to Make Alcohol at Home”