There are a whole host of events that can bring the world as we know it today to its knees. From a hyperinflationary economic collapse to an electro magnetic pulse originating from the sun or a nuclear weapon , there exists a real and present danger that our system may, in the near future, experience unrecoverable shocks to the power grid and clean water infrastructure, a halt to just-in-time agricultural transportation systems and a collapse of the currency exchange mechanisms that make the economy function. 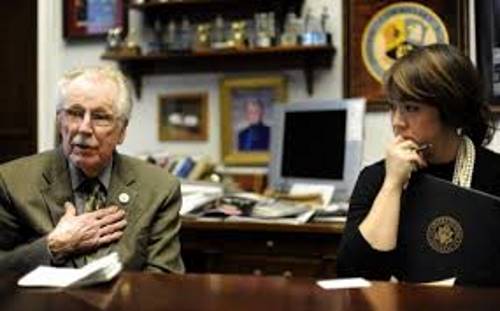 US Representative Roscoe Bartlett (R-MD), lived through the great depression, so he’s seen how bad things can get. In a new documentary, Mr. Bartlett and others discuss the dangers posed to those living in cities and ways that your family can survive if the worst were to ever happen.

We could have events in the future where the power grid will go down and it’s not, in any reasonable time, coming back up. For instance, if when the power grid went down some of our large transformers were destroyed, damaged beyond use, we don’t make any of those in this country. They’re made overseas and you order one and 18 months to two years later they will deliver it. Our power grid is very vulnerable. It’s very much on edge. Our military knows that.

There are a number of events that could create a situation in the cities where civil unrest would be a very high probability. And, I think that those who can, and those who understand, need to take advantage of the opportunity when these winds of strife are not blowing to move their families out of the city.

We realize that for most people this may be decried as fear-mongering and crazy survival talk. We can’t help but point out, however, that it’s not just Representative Roscoe Bartlett, economist Marc Faber, and trend forecaster Gerald Celente that are recommending you prepare and head for rural areas. The US Pentagon and Military are very much aware of these possibilities and they’re preparing for exactly the scenarios described in this documentary.

The threat is out there, and just because it hasn’t happened in our modern-day society up until now doesn’t mean it won’t happen in the future. In fact, it has happened through history – strife, poverty, depression, economic collapse, war. You name it and somebody in history has lived it. The government spends hundreds of billions of dollars on emergency preparedness, disaster planning, continuity of government and war gaming these scenarios. There’s a reason for that. We recommend our readers take a queue from them and others who are warning of these outlier possibilities.

5 Replies to “Congressman Warns: “Those Who Can, Should Move Their Families Out Of the City”(video)”