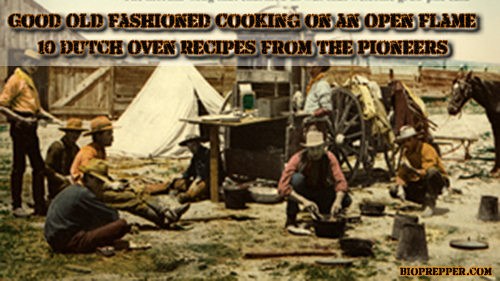 Cooking on the trail was not easy and they learned by trial and error. Pioneers built campfires twice a day (in the morning and at night) using what fuel they could find: buffalo chips, sagebrush or weeds. Bread, bacon and coffee were staples of their diet, augmented by any random harvest they could reap en route: fresh buffalo meat, rabbit or sage hen. In cutting a way for the road, the boys find thickets of wild currants. There are several varieties, the black, the red and the white. The boys cut the bushes, some of them ten feet long and loaded with ripe currants, which we strip off and make into jelly, currant wine and vinegar, dried currants and currant pie. In the early years of emigration, the pioneers could find and kill buffalo or antelope along the trail, but “a more dependable supply of fresh meat was a herd of cattle led behind the wagon.” And the milk provided by the milk cow was highly prized. Not only was there a supply of fresh milk, but butter could be churned during the day’s journey by hanging pails on the jolting wagon; by day’s end, the butter was ready for the freshly baked bread.

The pioneer cook had to be resourceful and ingenious when it came to cooking. She would have to improvise when supplies ran short, because no matter how well one packed the wagon, supplies did not always last as planned. For example, bacon, if not protected from the heat of the plains would go bad. It was standard for bacon to be packed in a barrel of bran to insulate it. Eggs were similarly packed in corn meal to keep them from breaking, but also because they’d be used to make bread. The women usually cooked breakfast and dinner. Lunch would have been ‘leftovers,’ often baked beans or stew with bread or biscuits from the night before. Below are a few recipes from common ‘trail’ foods.

10 Dutch Oven Recipes From The Pioneers

4 Replies to “Good Old Fashioned Cooking on an Open Flame: 10 Dutch Oven Recipes From The Pioneers”