Most preppers spend a lot of time learning new skills to help them survive the perils of the wild. Many of us probably know a dozen different ways to purify water, or how to build rudimentary shelters out of forest debris, and set traps for small game etc.That’s all fine and good, but in terms of life threatening scenarios, there’s only one thing that’s more dangerous than the wilderness, and that’s other people. I can’t help but feel that nighttime survival is a bit neglected in the prepper community. 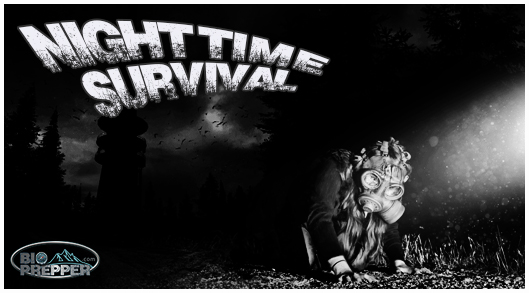 There are a lot of useful and handy tips and tricks all around about various means of surviving in hostile environments and situation, but somehow, many of these seem to be neglecting nighttime survival. Focusing on daytime activities is a good thing, sure, as people are more active and efficient during the day time. But what happens after the sun goes down, when our main sense of detection (the vision) gets reduced dramatically? We don’t necessarily need to be active (as in gathering resources or looking for shelter); but, depending on the situation, we might very well be forced to. Not to mention that in the wild, many predators are night hunters, meaning they do all the work during the night; what chances do we have against felines, wolves or jackals who are inarguably advantaged over us? Well, just because we’re not naturally adapted, doesn’t mean we can fight against the odds and still come out on top. It’s only a matter of knowledge and the right equipment. If you happen to find yourself wondering through the wilderness during nighttime, just keep the basics in mind: shelter, vigilance and equipment. If you have enough knowledge in the area and a well formulated plan (and of course a well-equipped survival kit to go along with them) you will be fine.

The first thing to do in order to be as prepared as possible for making it through the night in a hostile and wild setting is to start planning ahead, during daytime. You’ll need to decide (and fast) what and where your sleeping spot is going to be. Make sure it’s a secluded spot, as hard to detect or to reach as possible. You have a vast array of choices, from sleeping under big trees, on high tree branches, in caves or small holes in the ground. Under no circumstances should you sleep in open field, unless there’s no other option available. Getting a good night sleep is very important, especially in such a stressful scenario. If you’re part of a group, you should take turns sleeping, so somebody is always awake and on the lookout for incoming danger. If you’re alone, you’ll have to resort to the proverbial “sleeping with one eye open”. Your sleeping area shouldn’t be in the vicinity of your supply “storage space”; that way, if a wild animal is attracted to the scent of whatever it is you set aside, it won’t find you.

The flashlight and the campfire – the double-edged swords of nighttime survival
Unfortunately, one of the most pressing needs you’ll have is building a fire, which is also a dead giveaway for anyone who is looking for you. The light and smoke from a fire can reveal your position over long distances, even during the day. Many people will have a hard time keeping warm at night in the wilderness, especially during cold seasons. In most wild areas, the right survival gear (clothes) that keep you warm during the day might not just be enough during the night, where temperatures will drop considerably. Forget about purifying water or cooking food, in many climates you won’t survive a single night without a fire. So you’ll have to figure out how to stay warm without letting anyone know where you are. The first thing that comes in mind is to gather enough wood and start a camp fire. The camp fire is a great heating source and also gives you the option to cook a warm meal, be it dehydrated food packs or game animals. But it also has a great downside as well: it gives out your position and it makes you visible to predators. The light and smoke will catch the attention of night predators that will start tracking you down. Most animals might be afraid of an open fire and not approach. But hostile military forces or guerilla troops won’t have that problem and will attack as fast as they can… And that’s where the smokeless fire comes in. While it sounds absurd to some, in reality it’s very simple. Making a fire that doesn’t produce smoke is just a matter of making the combustion more efficient.

Today we’ll be covering how to create a Dakota Smokeless Fire Pit. These smokeless fire pits are great for hiding your fire from enemies. They tend to keep a hotter fire, and a great at being virtually smoke free. This is the perfect way to create a concealed fire.

Step 3) Put your wood in one of the holes. We recommend putting your heaviest wood at the bottom, then middle density wood, then tinder/light wood on top

Step 4) Light the fire and maintain it

Essentially what this does is to allow the empty hole to act as an air intake for your fire hole. You can also place small stones at the bottom of your fire hole, this can also help enhance the air flow a bit making your fire hotter. Here’s a video tutorial to understand better the concept:

A flashlight would be a great advantage during the night, as it will greatly improve your vision over the environment, making it easier for you to move around, gather 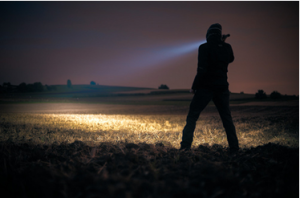 provisions and even communicate by signaling your position. If you’re planning on signaling with a flashlight, you should turn it on and off repeatedly, giving out
intermittent flashes. Keeping it on all the time might give out the wrong vibe, as a light flashlight can be easily mistaken from a far with a reflection of moonlight on a watery surface; you risk getting ignored by the rescue party. Despite these advantages, just like in the case of the camp fire, the flashlight can work against you as well. The light sources can also be picked up by night hunters or hostile troops.

If we should sum up nighttime survival in a single word, that’d have to be indefectibility. Your best chance of survival in a hostile environment during night time is to keep a low profile; not being seen means you won’t attract danger on yourself. Be calm, vigilant and stay out of harm’s way, and you‘ll make it out alive.

Our forefathers lived more simply than most people today are willing to live and that is why they survived with no grocery store, no cheap oil, no cars, no electricity, and no running water. Just like our forefathers used to do, The Lost Ways Book teaches you how you can survive in the worst-case scenario with the minimum resources available. It comes as a step-by-step guide accompanied by pictures and teaches you how to use basic survival skills to stay alive in any situation. Watch the video below: 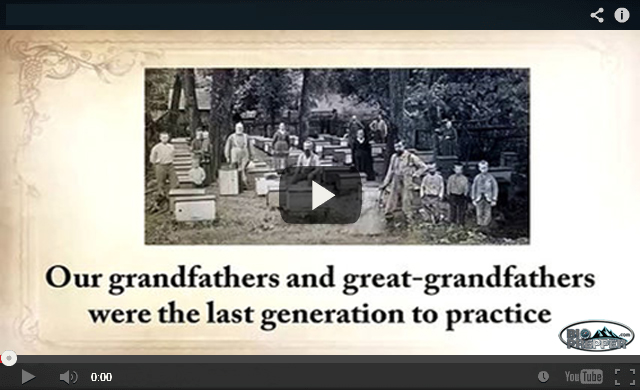 CHECK  OUR SURVIVAL AND PREPPING SOLUTIONS

One Reply to “Nighttime Survival: How To Stay Safe After The Sun Goes Down”