Just about any food item that you pick up is going to have a date that says something along the lines of “sell by,” “best if used by,” or “use by.” The question is, though, how important are those dates? Well, in some instances, they’re important. In others, not so much. 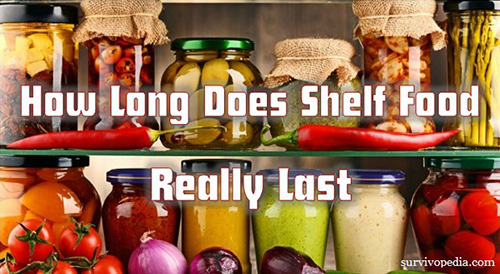 Baby formulas have strict dates on them – they’re about the only foods absolutely required by law to have them. Stores can’t sell them beyond that date and it’s not recommended that you use them beyond that, either.

Perishable items such as milk, eggs, and meats should be used by the date on the package. Most meats have a “sell by” date, which means that the store or producer has likely figured that you’re going to keep it in your fridge for up to a week after that, so they allow a little wiggle room.

Now, if you’re talking about perishables that came from your farm, you may have a little more wiggle room.

Eggs most certainly last longer – It’s not uncommon for an egg to be a couple of weeks old by the time you buy them at the grocery store so if you’re pulling them straight from under the hen as soon as she lays it, you have some extra fridge time on those babies.

When you buy them from the store, you still have a minimum of 3-5 weeks that they’ll be good. Want to know if an egg is bad? Use the water test. If you put it in a container of water and it sinks, it’s fresh. If it sort of hover-floats with one end sticking up, but the rest trying to sink, it’s not so fresh anymore but edible. If it floats like your bobber in the middle of a choppy sea, toss it.

Milk, on the other hand, may not have any extra time, especially if you don’t pasteurize it – which we never did. The good thing about milk is that you don’t have to guess if it’s good or not. One solid swig of spoiled milk and there’s no doubt left in your mind! I’ve found that the “sell by” dates on my store-bought milk (oh how I miss the good stuff!!) usually allows me a week or so beyond it to drink it up.

Other foods, such as canned foods or shelf-stable foods, have the same tags, but this often has more to do with quality than safety.

For instance, I found a box of mac and cheese in the cabinet (I rarely cook that type of food, so it had been there awhile). The mystery cheese powder was a little dark and I found that the “best by” date was nearing. Like within a week. I mixed it up and, though I didn’t get sick, it didn’t taste that great. This is a good reason to practice the First-In-First-Out rotation method.

The best way to determine if perishable foods are good is to look at them, feel them, and give them the sniff test. Bad meat will smell “off” and may look a little discolored and feel slimy. Especially with poultry, if you suspect it may be bad, pitch it – it’s not worth the risk.

After you throw it away, scrub your hands in hot, soapy water. That’s a bug that’s meaner than old Aunt Sally when she’s lost her teeth and her panty hose are twisted, and you don’t want to mess with it.

I grew up on a farm and learned about food preservation early. We always canned enough to get us through for two years each season. That means that often, even when we rotated the foods out, we had foods that didn’t get eaten for several years because we may have overestimated.

Mom always said it was better to have too much put back than not enough. Of course, foods like apple pie filling didn’t usually last that long! We lived on a farm and we all hunted, which means that we had plenty of meat. We typically canned the majority of that. We’d make spaghetti sauce, canned meatballs, soups, and other meals in a jar, in addition to canning them separately.

Some we dehydrated into jerky, but that was usually just for fun – it never lasted more than a couple of days.

As far as home-canned foods are concerned, most “official” agencies will tell you that it’s good for anywhere from 5-10 years. Some even speculate that it’s good for up to 20. I loved the part in the movie “Holes” where the kid was trapped in the desert and lived off of 100-year-old canned spiced peaches that he dubbed “sploosh” because they were just mush.

I don’t know if I’d let my canned goods go quite that long, but I’d be comfortable eating them at 10 years, for sure. As a matter of fact, I have.

Foods such as flour, salt, sugar, rice, and beans all have really long shelf lives. As a matter of fact, the only one in the bunch that really has an expiration date is the flour, and even it’s good for at least a year, though some say 6 months. As a baker, I can tell you that I’ve used flour that was a year old and it was fine.

That was all-purpose, though. When you get into the self-rising, it may go bad faster so do a test batch and add more salt and baking powder if you don’t get a good rise.

You can tell when flour goes bad because it gets a rancid smell to it and it may get oily or have a weird, sticky texture and off smell.

The most important step to take to getting the most mileage out of all of your dried goods is to store them properly: keep them in air-tight containers in cool, dark places.

I’ve taken to buying all of my cheese vacuum-sealed. The same thing goes for deli meat, if you can find it. Air is every food’s worst enemy because bacteria (except botulism) need air to grow. I even smash my packages of cheese, etc. flat and squeeze out as much air as possible, and it’s seriously increased my shelf time since doing that.

If you have a vacuum sealer at home, use it! Seriously, it can double or even triple the shelf life of food.

Sharpies are your friend. If you’re canning or preserving food at home, date everything that you make with the date that you made it. Then you know how long you’ve had it when you reach for it. For that matter, do the same thing with canned and shelf-stable foods that you buy at the store. Use either the date you bought it or the “best by” date. Then you don’t have to break out the magnifying glass to find the “best by” date.

Organize your food so that the oldest food gets used first. This is easy to do by just putting the new food behind the older foods every time you bring in something new. Then you know for a fact that what’s in front is what you should use.

Finally, the shelf life of foods is most certainly affected by how you store it. Canned goods should always be stored in a cool, dark place. Milk, meat, and eggs should be refrigerated at about 35 degrees, and veggies should go in the crisper drawer because the temperature is different there, too.

Just as an aside, milk, butter, and other dairy products will freeze just fine, though they may separate a bit. The texture of your cheese may be a bit weird, too, but it should still taste fine. You can also home-can butter.

Knowing the shelf life of your foods is important, but what’s more important is knowing how to tell if they’re bad. If you even ask yourself, “Hmm. This looks/smells/feels weird. I wonder if it’s good?” then the answer is to toss it. Food poisoning is, at the very least, brutal until you get through it 5-8 hours later, and at its worst can be fatal.

Go forth and eat safely!

Watch the video below and discover our forefather’s survival food secrets! 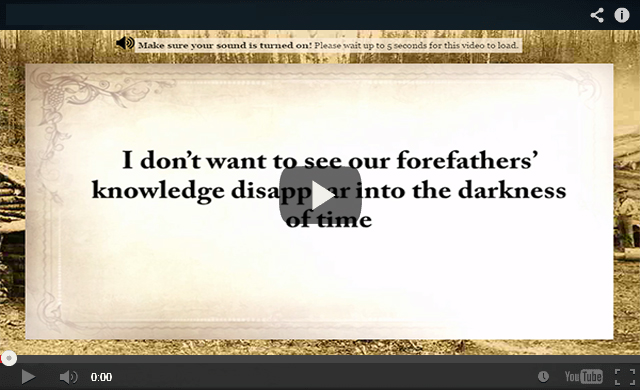 If you can think of any tips or advice about food shelf life that I’ve missed here, please feel free to mention them in the comments section below!

A BEGINNERS GUIDE TO SAUSAGE MAKING (RECIPES INCLUDED)
HOW TO MAKE YOUR OWN BACON (STEP BY STEP GUIDE)
A RETURN TO THE OLD PATHS: HOW TO MAKE PEMMICAN LIKE THE NATIVE AMERICANS
20 LOST RECIPES FROM THE PIONEERS: WHAT THEY COOKED ON THEIR JOURNEY WESTWARD
SEVEN CLASSIC GREAT DEPRESSION ERA RECIPES GRANDMA USED TO MAKE
POTTED MEAT: A LOST SKILL OF LONG TERM MEAT STORAGE
BACK TO BASICS: HOW TO MAKE AND PRESERVE LARD
THE BEST WAY TO STOCKPILE VEGETABLES OFF-GRID
OLD FASHIONED PRESERVING-GRANDPA’S RECIPE FOR CURED SMOKED HAM