If the government was able to take care of everyone during any foreseeable disaster, there probably wouldn’t be a thriving prepper movement today. 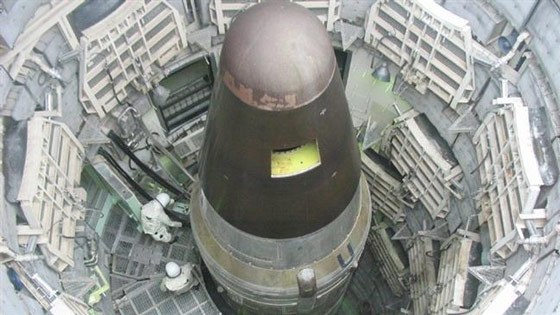 So many people have taken it upon themselves to prepare for disasters, because they know how the government often reacts to crisis situations. Our government’s response to disasters is often slow and lacking, and the victims of these events are frequently forced to fend for themselves. Still, what they do is better than nothing, and at least at the local level first responders do a great job.

With that said, there’s an expectation among most people that when disaster strikes, the government will do something. And worst case scenario, sometimes there are disasters that the government doesn’t foresee, and they simply don’t have a plan. However, most people don’t realize that sometimes, not only does the government not have a plan, they deliberately avoid making a plan for political reasons.

Why Washington State Isn’t Allowed to Prepare for Nuclear War

That may sound totally asinine, but it’s absolutely true. Especially in the state of Washington. With all the hype surrounding North Korea’s missile tests, many states are reexamining their nuclear preparedness plans, except in Washington, where apparently it’s illegal for state authorities to even make those plans. According to King5 news out of Seattle:

Despite the constant threats and missile tests coming out of North Korea, emergency management officials in Washington state say they are prevented from forming an evacuation plan in the event of a nuclear attack.

RCW 38.52.030, passed in 1983, says “The comprehensive, all-hazard emergency plan authorized under this subsection may not include preparation for emergency evacuation or relocation of residents in anticipation of nuclear attack.”

Can you believe that? You might be wondering why any government would actively refuse to prepare for a nuclear war. It turns out that the only thing dumber than this law, is the reason why it exists.

The author of the state law preventing a nuclear attack plan, former Democratic state lawmaker Dick Nelson, says at the time, Washington state was inundated with nuclear threats, and the idea was to create an example of peace.

“It was about finding a middle ground we could all agree on,” he said.

Nelson also felt that if Seattle were to be attacked, the chances of survival would be so low that a preparation plan would have been moot anyway.

Today, Nelson still says he has no regrets.

So in other words, the state decided that refusing to prepare for a nuclear war would send the message that nuclear war is bad and peace is good…or something. I’m struggling to follow the logic here.

It’d be like refusing to prepare for hurricanes, because hurricanes are bad and destructive. It doesn’t make any sense. Trying set a peaceful example by refusing to prepare for war; a preparation that I might add is totally non-violent and only exists to save civilians, doesn’t do anything to actually reduce the probability of that war happening. It doesn’t bring more peace to the world, and it doesn’t save anyone. With this law, Washington has traded the safety of many of their citizens for a shallow political statement.