Necessity really is the mother of invention. When famine strikes, and people are hungry, they start looking for unusual sources of food.

Most people wouldn’t dream of eating these things today. But, these ten ingenious foods from history prove there are no picky eaters when food is scarce.

Learning what foods kept people alive in the past will help you prepare for surviving a famine if the need arrives.

While asking about foods they remembered from the Great Depression, a relative told me about the dripping sandwiches her parents ate.

These helped stretch the available food and ensure that nothing went to waste. Both are necessary to survive a famine.

To make a dripping sandwich, you collect any drippings leftover from cooking a chunk of meat. Then, you leave them in a container overnight to congeal.

In the morning, you spread the drippings on a thin slice of bread, add a little salt, and eat it. It isn’t fancy, but it is filling. With fat, protein, and carbohydrates, it had everything needed to help keep you alive.

When you can’t get food from the store, you start looking for it around you. Foraging is another tactic used by those who survived famines. They knew which plants deadly, and which ones were not. They kept their eyes peeled for foods they could safely harvest and consume.

Stinging nettles may sting when you touch them, but they are nutritious. And, they begin growing early in the spring, making them the perfect food to consume after a long winter.

While harvesting them, it’s best to wear gloves. The fresh ones are more tender, so look for shorter plants that haven’t flowered yet.

After freezing or cooking, nettles don’t sting anymore, so you won’t have to worry about them stinging your throat.

During a famine, soups weren’t complicated or fancy. People sautéed the stinging nettles in lard, drippings, or oil, and then added water, or broth. If they had extra vegetables or small pieces of leftover meat, they threw them in the kettle. A little salt and pepper finished this humble meal.

Most bark is inedible. But, not all of it. The hard, rough layer of bark is hiding another layer. A thinner, white one.

This inner bark is full of nutrients including vitamins A and C. You can harvest this bark from many trees. Pineand birch are common sources.

To harvest the bark, you’ll need to remove the outer layer with a hatchet or axe. Chop carefully, to maximize your harvest. Once you can see the thin white layer, use a knife to slice it. This layer of bark is very stringy.

You can eat the bark raw, or process it by boiling or dehydrating. After boiling, you can leave it in the water and enjoy bark soup.

If you decide to dehydrate the bark, you can grind it into meal. This makes a thickener for soup and can be combined with other flours to make bark bread.

If you have pine or birch trees on your property, you could practice collecting this inner bark now. That way when a famine strikes, you’ll already be familiar with the process.

Having the skills to survive without modern conveniences is not only smart in case SHTF, it’s also 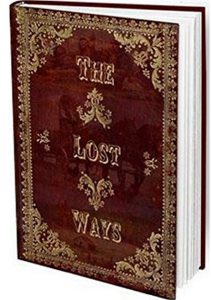 great for the environment. Keep in mind that the key to a successful homestead does not only lie on being able to grow your own food but on other skills as well. Learning these skills will take time, patience and perseverance, and not all of these skills are applicable to certain situations. Hopefully, though, you managed to pick up some great ideas that will inspire you and get you started! Just like our forefathers used to do,  The Lost Ways Book teaches you how you can survive in the worst-case scenario with the minimum resources available. It comes as a step-by-step guide accompanied by pictures and teaches you how to use basic ingredients to make super-food for your loved ones.

Though many can’t imagine the thought of eating a beloved family pet, desperate times call for desperate measures. If you don’t have enough food for you and your family, you probably aren’t going to have enough for your pets either.

Humanely butchering them beats watching them starve. Or having your neighbor steal them and eat them before you get the chance.

And if you’re going to be putting them out of their misery, you might as well let their death help keep you alive.

Cat stew was common in famine-stricken countries during the Second World War. And today, many countries still routinely eat dog and cat meat. In fact, during the 2018 Winter Olympics, officials tried to discourage restaurants in South Korea from serving dog, a culturally accepted food.

When you are truly hungry, you eat what is available. 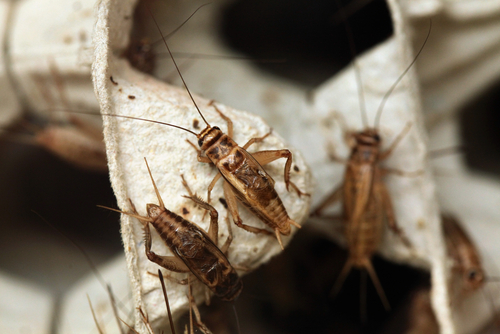 Insects provide protein, which can be hard to come by during a famine. To help stretch this protein, you can turn the bugs into flour. Then you can mix it with regular flour, water, oil, and salt and bake it into a protein packed flat bread.

To create cricket flour, you need plenty of crickets. Then, you must dehydrate them. You can do this by leaving them out in the sun, or by baking them in an oven set to a low temperature.

Once dehydrated, grind the crickets into a fine meal. Mix this with your regular flour, and bake like normal.

If you don’t have time to make cricket flour, you can also fry them up for a quick snack.

In addition to crickets, you can eat many other bugs for survival. Common ones include:

Take some time now to learn about the edible bugs in your area. You might even try cooking a couple to see which method you prefer. 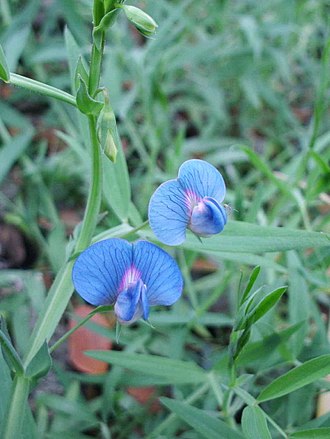 When drought conditions plague the land, grass peas often continue to grow. Their reliability made them an important crop during many of Earth’s famines.

But take care, because these plants are toxic when eaten in large quantities.

When dried, the seeds from grass peas can be used in a type of dhal. Or ground into bread for flour. Mixing grass pea flour with wheat flour helps reduce the toxicity problem.

The pods can be steamed and eaten as a vegetable, or included in soup to increase the nutrients.

What edible crops in your area are drought resistant? You might consider planting some of them as an emergency food source. 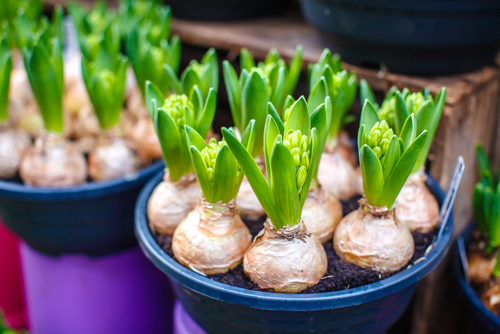 During the Hunger Winter of Holland (1944-45), the Nazis cut off food deliveries. There was very little food in the country.

But, what they did have is tulip bulbs. Because of the war, they hadn’t been planted in the fall.

To survive, people learned how to prepare these bulbs for food. There are toxins in the center and peel, so those had to be removed.

The remaining bulb was ground into powder. People mixed this with salt and water, and created small loaves of tulip bread. It wasn’t tasty. In fact, many survivors described it as tasting like sawdust.

Despite it’s taste, it was nutritious. And it helped keep many people in Holland alive.

During the South Sudan famine, people harvested Lalop tree leaves and ate them raw. These bitter tasting leaves provide some nutrition, but mainly served as a way to fill up empty bellies.

Not all leaves are created equally. Some provide nutrition, and some are poisonous. It’s always good to know which trees around you are edible.

To prepare for a famine, many people have planted trees with edible leaves, such as the Moringa. Other options include:

You should also be familiar with which trees in your area have poisonous leaves and needles. For instance, you shouldn’t eat these varieties:

When the pioneers experienced hunger as they arrive in the deserts of the southwest, they looked around them for edibles.

The roots of yucca plants were fibrous and tough. But, they were plentiful. Pioneers experimented with cooking techniques, and learned that the roots softened when boiled.

They used these boiled roots in place of potatoes in soups and stews. They provided needed carbohydrates and some nutrients.

Yucca roots do contain saponin, which can be toxic in large quantities. However, boiling them reduced the threat.

An important lesson here is to experiment with cooking techniques during a famine. As long as the food you are preparing isn’t poisonous, see what you can do to make it more palatable.

Cornell University scientists invented these combinations to help feed people during the Great Depression. Milkorno, Milkwheato, and Milkoato were made by combining dry milk with grains.

Each could be cooked like a porridge or used as the base in a variety of recipes. Since it was readily available and inexpensive, people really experimented with them.

They ate Milkorno polenta, Milkorno Apple Betty, and Milkorno scrapple. These fortified grains were consumed for breakfast, lunch, and dinner.

While there’s a lot of debate today about fortified foods, there’s no doubt that these three cereals helped people survive.

Doing What It Takes

No one wants to eat the family pet. Or spend hours each day grinding up tulip bulbs to make a disgusting loaf of bread.

But, to survive a famine you must do hard things. You must be willing to work hard, think outside the normal, and do what it takes to keep yourself and your family alive.