Suicides exploded during the great depression. The stats are pretty alarming. They state that in 1928 22 people per 100,000 were committing suicide. These suicide jumps have happened over time and are often due to economic downturn.

The fact that the stock market suffers, and the DOW is dropping is not what makes people depressed. Its money and its food. Layoffs and scarcity are the conditions that walk people to the edge of a tall building.

While those suicide stats might alarm you, consider what we are dealing with today. Between 2009 and 2015 suicide rates in the U.S jumped to 30 people per 100,000! Yes, higher than the great depression. This is a huge tell in regard to the condition of this nation.

As I mentioned a lack of jobs and food was the defining factor in this spike in suicides during the great depression. Men could not provide for their families and they offed themselves out of guilt and fear. It’s a terrible predicament to find oneself in.

We are even less equipped to deal with something like this today than in the past. People are weaker today, that explains why 30 per 100,000 are killing themselves when there is food and money to be had at every turn, if you are willing to put in the work.

One of the calorie rich foods that people used to survive the great depression was lard. This rendered pork fat was used in everything from frying, biscuits, cookies and preserving other foods. Let’s take a closer look at how you can stockpile lard, the calorie rich survival food. 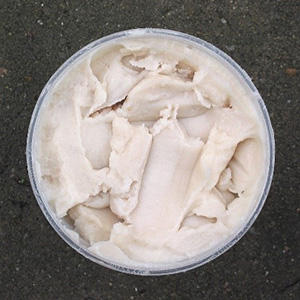 Lard is rendered pork fat that has been strained of any meat bits or other impurities. Most lard is sourced from the belly of the pig, this area is also cured and smoked to make bacon. The fat is often collected and stored in a container for use and reuse.

Because lard is strained fat, it also has incredible staying power. You might be surprised to learn that lard can stay on your counter for as many as three months without refrigeration. This is a conservative number that lends itself more towards modern food safety rules and less toward historical use.

If you are old enough, you know that mom or grandma had a can of bacon grease or lard that never left the counter. It may have been as old as you when you were a child.

What is known about the environment in regard to bacteria is that there is not enough oxygen for typically dangerous bacteria like E. coli and Salmonella to survive. This is the good news. However, anaerobic environments, i.e. those without oxygen, can breed other types of bacteria. Things like the deadly Clostridium Botulinum which is the harbinger of botulism.

So, you must be aware and careful when storing lard. I will discuss a much safer method later in the article.

How To Stockpile Lard, The Calorie Rich Survival Food Of The Great Depression

The basis of all lard is a superior quality fat. This fat is slowly rendered and strained. From here it can be stored in many ways. 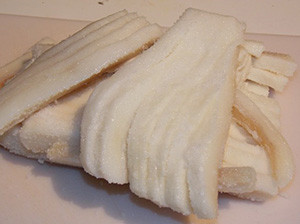 You can buy backfat from most supermarkets and if you want to upgrade the quality to a pasture raised pork or something that’s fully organic or whatever derivation you might be looking for. With my experience a pasture raised pig is the very best you can get your hands on.

To best render your fatback, you want to cut it in strips and place it in a pot with a little water in the bottom of the pot. The water will keep your fat from getting too brown during the rendering process.

Place to pot over a low heat and let it work. Do not rush this process. You want the fat to slowly melt off. You might not be able to fit all the backfat into a smaller pot. You can add a little at a time and it will shrink as it begins to render. 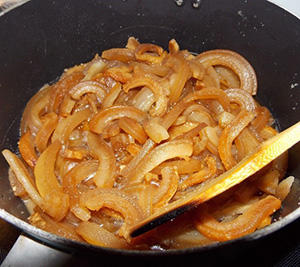 Once you have rendered all of the fat you can strain this incredible cooking medium through a fine sieve and store it. The process is very simple, and storage is just as simple.

There are a few methods of storing lard and they all depend on the level of convenience you are looking for. If you have the ability to freeze your lard, you can do so in a plastic container or even a ball jar. I would recommend cooling the lard thoroughly before storing it in the freezer.

In the freezer your lard will hold up indefinitely. The product will hardly even change if it its well covered. 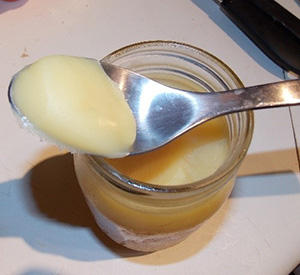 In the refrigerator it is often said that lard will hold up in the refrigerator for up to 3 months. This is a highly conservative, food safety driven answer. Nothing wrong with that. The reality, you can keep that lard in a fridge for years. You might need to scrape a little mold off the top and every few months you might also want to reheat it and pour it into a new or clean container.

Remember, if you have a nice smooth surface you can manage things like oxidation and mold growth easier. If you have surface that is riddled with scoops and spooned out sections, it will grow mold easier and be harder to manage. This is why you should reheat and re-pour your lard if you are storing it in the fridge.

The very best method for storing lard without refrigeration is a pressure canning method.

When the lard is completely cooled, meticulously wipe off the rims of the jars to ensure that no pieces 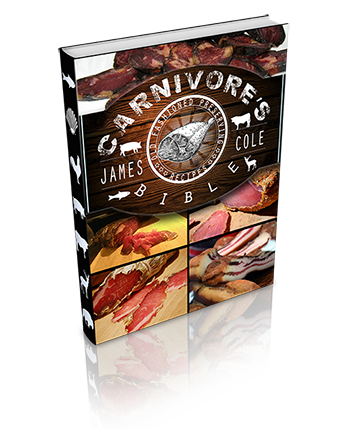 remain. Then place a warm, lid right out of the boiling water on top of your jar.  Fill each jar with just standard head space beginning right at the ring marks. Place a fresh sage leaf on the top of your cooled lard.

To preserve, you’ll use the pressure canning method of 100-120 minutes at 10 pounds of pressure. (Follow your manufacturer’s instructions for high altitude.)

Most preppers are short on salt and fat. Their stockpile is full of dried foods but when it comes to fat to cook in and salt to season with, most preppers are short. I used this process on pork backfat but if you were to do this with bear fat or any other fat, you can create your own cooking fat.

4 Replies to “How To Stockpile Lard, The Calorie Rich Survival Food Of The Great Depression”