Author of How to Survive the End of the World As We Know It James Rawles joins Reginald Kaigler and Doc of The Watchmen for a discussion about potential collapse scenarios and ways to survive if a catastrophic event were to occur. 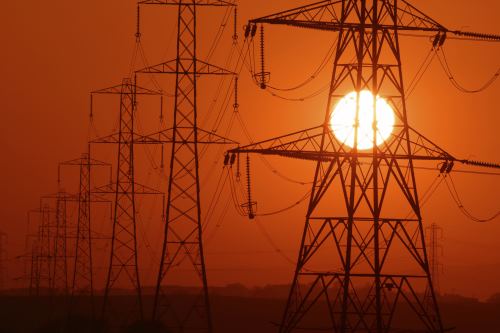 Some of the topics covered include:

This is one we recommend you listen to in full.

James Rawles on events that may trigger catastrophe:

There are so many different scenarios. If we were to just look at the current economic situation I think the big trigger will be the repudiation of American treasury paper by foreign investors. If they say, he we’re not going to roll over the American treasury paper anymore, we’re going to take our ball and bat and go home, then that very well could trigger an economic meltdown starting with a collapse in confidence of the United States dollar and it could very quickly click over into a mass inflation – very quickly followed by major rioting in the major cities and the whole cascade from there a lot like how I described in my novel .

But there’s umpteen other scenarios.  You know there’s a flake [sic] scenario, there’s a global war scenario, nuclear war scenarios – there’s so many different things that can go wrong and any number of different reasons why life as we know it could cease very quickly.

There are obviously a variety of different, unrelated situations that our society could encounter that would end “life as we know it.” Now, this does not necessarily mean that the entire globe will be wiped out by an asteroid the size of Texas (though, we won’t completely rule this out as a possibility). What the end of the world as we know it actually means is that we could see a complete shift in how our society operates, meaning that  there may not be paper currency, ATM machines, movie theaters, or Starbucks coffees on every corner – perhaps for a time all commerce and trade would come to a screeching halt until whatever caused the imbalance begins to recover.

Scenarios like this are not only likely, but occur regularly as evidenced by the many wars of the past century, hyperinflation (i.e. Zimbabwe, Weimar), and natural disasters (i.e. Hurricane Rita and the Asian Tsunami). Rather than watching these catastrophes playing out on television or in history books, to truly prepare yourself and your family for potential catastrophes, it is important to think in terms of them happening to you directly and to consider how you would respond.

Once you get past about 500 people, it really becomes unmanageable, especially with no radio communications and no phones to think that you can pull together as a community. Once you lose that sense of community, it’s basically every man for himself. I think people will go kind of Mad Max in an absolute worst case with the power grid down.

We’re looking at two different situations. Again, in the former situation where the power grid stays up, you might do well in a city of five or ten thousand people.

If the power grid goes down, again, I would not recommend being in a town of more than 500 population.

There’s definitely going to be a public health crisis at the very least, if not a situation where the cities become absolutely unlivable very quickly – I’m talking within two weeks.

Mr. Rawles points out the potential for “every man for himself” Mad Max scenarios as being likely outcomes in the event of a down grid. Whether you’re in the city or in rural parts of America you will either be the one looking for food and resources because you didn’t prepare, or you will be the one defending against Mad Max with a full belly and a self defense strategy.

If we were to have the onset of a collapse in summertime we’d see a public health crisis very quickly. If it were to happen mid-winter we’d actually see more people dieing of exposure, dieing of the cold, than we would of dieing of disease, especially int he Eastern United States and the North East.

It doesn’t take too long a period before blankets are insufficient – people don’t have any alternate source of heat they’ll be freezing to death in large numbers.

Then what happens in the next spring when everything thaws out? Then you have a really big public health crisis because not only are you worried about human waste – you’re also worried about thousands upon thousands of unburied bodies.

We could be in a situation where we literally could see a 90% die-off in the major metropolitan regions. Ninety percent population loss and that’s just based on loss of the power grid alone, not counting the violence of people as food supplies dwindle, going from house to house taking what little is left – fighting over the scraps in effect.

A recent report from the Center for Security Policy suggests that Mr. Rawles’ estimation of a 90% die-off is right on target, as previously discussed in Within One Year 9 Out of 10 Americans Would Be Dead.

I highly recommend that if any of your listeners have the opportunity, if they’re self employed or if they can find employment, or if they’re retired, that they move to a lightly populated rural region that’s in a food producing area. In the event of a true worst-case scenario, I refer to it as When the Schumer Hits the Fan, that’s going to be your safest place to be. There, the population loss will be minimal.

Consider that it’s not just James Rawles – survivalist – that is recommending getting out of big cities. But economists like Dr. Marc Faber, who recently suggested the same strategy and said that you should Protect Your Property with High Voltage Fences, Barbed Wire, Booby Traps, Military Weapons and Dobermans. Billionaire John Malone has a bug-out location on the Canadian border, and a prominent hedge fund manager recently said he has a place in Idaho that you could hole up in if something went wrong. 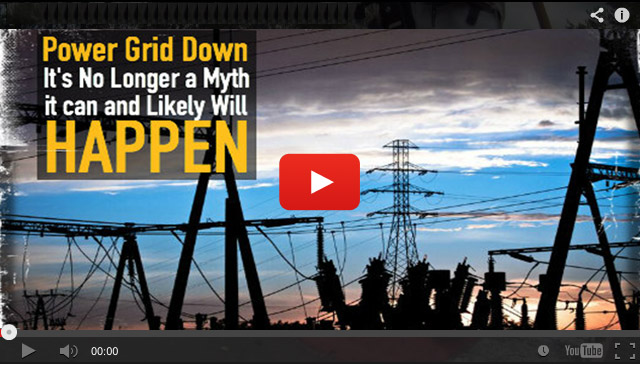 Thus, if you often times feel like being a prepper means you’re disconnected from reality or that your friends think your crazy, just consider that Norway has built a massive Doomsday Seed Vault 600 feet above sea level and the US government is stockpiling weapons, food and equipment in underground bunkers around the country. Why would government organizations be stockpiling these things and preparing back-up plans if there was no possibility of the shit hitting the fan?

Shouldn’t you be doing something similar? (Because let’s be clear – those stockpiles the government has are not going to be for you or your family)

Listen to the interview with James Rawles:

3 Replies to “James Wesley Rawles Warns: ‘ If the Power Grid Goes Down, I Would Not Recommend Being In a Town of More Than 500 Population’”