Want the TRAINING and SKILLS of the world’s special forces? Want to learn a fighting style that can take out an attacker within just seconds? You won’t see these moves in the UFC — they are too deadly. 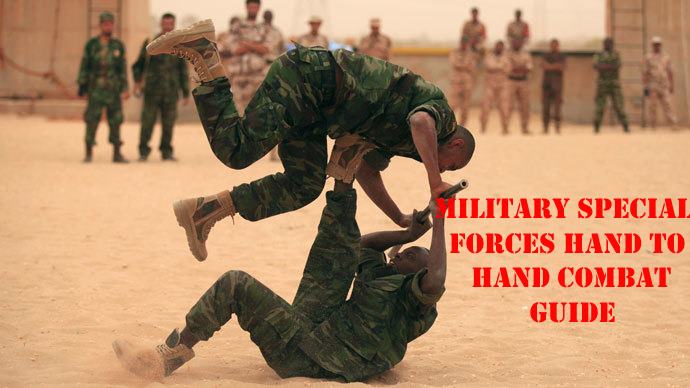 Traditional martial arts are those based on traditional and cultural influences from a country, region, clan or some other identifier. Karate for instance is a class of martial arts that focus on empty hand fighting skills from Okinawa and Japan. Styles include Shotokan, Shito Ryu and Goju Ryu. Other arts from Japan include aikido, Jiu Jitsu, Kendo, Iaido and many other traditional arts.

There are hundreds of styles of Kung Fu from China. They can be categorized as northern or southern. They can be designated as hard or soft and have originated from a village or family. Some examples are Choy Li Fut, BaGua, Hung Gar, Wing Chun, Shaolin, Black Tiger, White Crane and many others.

There are other traditional martial arts from many countries from around the world. One thing they have in common are age and the cultural influences of their place of origin. Korea, Vietnam, Malaysia, India, countries in Africa and the middle east all have martial arts that date back hundreds and thousands of years. These traditional martial arts use language, costume and other cultural indicators to identify them. They have very specific approaches to fighting based on the influences of time, location, environment, clothing, weapons and disposition of the people. They have a place and a purpose, but are they right for you?

Another category of martial arts are sport oriented. The popular one at the moment in North America is mixed martial arts, such as those demonstrated in the UFC and other sport combat programs.

These competitions match skilled fighters against each other for prize money and fame. It is glorified with product endorsements, pretty girls and lots of Hollywood razzle dazzle. People seem to enjoy the spectacle. We need to remember that it is a sport with competitive athletes who train very hard and agree to fight each other under controlled conditions with rules and codes of conduct.

Three of the things that designate a sport oriented martial art are the 3 r’s – rules, referee and a ring.

Reality Based martial arts are about real life situations and protecting yourself and loved ones from a true threat.

This could be an intoxicated “tough guy” approaching you to ask threateningly for money or a seriously deranged person with a gun wanting your money or your life.

Reality martial arts are not concerned about origin, culture or anything of the sort, nor are they concerned with rules or looking good to spectators.

With Reality martial arts, the primary focus is on survival and winning in a violent confrontation.

Examples of reality martial arts are Israeli Krav Maga, Russian Systema, and other military based training systems. There are also several that have been developed by military and law enforcement personnel. The primary focus is on empowering people with the knowledge and skills necessary to thrive in conflict and win in a violent confrontation.

One important thing to remember is that training is specific. You will do what you train to do. In a violent confrontation our fight or flight response kicks in. We experience altered perceptions such as tunnel vision, auditory exclusion, and loss of fine motor skills. Adrenaline surges into our body to support our survival, organ function changes, blood goes to the big muscles, we have difficulty doing fine motor things like manipulating a pen or even tying our shoes.

instead of fight or flee.

Self defense or reality based training is much more than just learning the physical skills. The mental and emotional aspects are far more important. Creating a win attitude, a survive at all cost mentality takes commitment and a change in how most people think. The street is a far more dangerous place than the ring or a martial arts tournament.

A controlled sporting competition is safe compared to a dark alley with 3 or 4 thugs demanding your wallet or your life. A fight is an agreement between two individuals to partake in action to discover who will win. It is usually far from a life and death situation.

No rules, no holds barred, life or death

In reality martial arts there are no rules, no agreements, we do not fight with people. We don’t train in air conditioned gyms with 2 inch mats to protect us when we fall. We don’t have nutritionists and strength coaches or training partners who let use beat them up. We don’t get to watch video footage of our opponent’s last five fights to assess his strengths and weaknesses. There are no weigh ins to make sure we are evenly matched, no referee and no rules.

A violent confrontation on the street may involve multiple assailants, weapons and other unknowns. Their motivation may be for money, your body or your life. You don’t have time to think, you don’t have time to warm up and get mentally prepared. You have to be physically and mentally prepared before anything starts. You have to be aware of your surroundings, be able to assess danger and respond appropriately.

How to eliminate a threat, not win a fight

There is no back and forth, feeling each other out, you don’t have a five minute round in which to wear down your opponent. You must react with complete commitment, total aggression, you have to injure and incapacitate your attacker immediately.

An attacker doesn’t care about sportsmanship

There is no sportsmanship involved here. You do not worry about hurting the other person, in fact your focus is to hurt him and hurt him in such a way that he will not have a chance to hurt you.

A violent confrontation with another human being is one of the most mentally and emotionally challenging things you may ever encounter. Most humans do not inherently desire conflict. We are programmed to support our species, to help and build, not destroy.

Of course that is not true for all people. The criminal is a selfish, personally motivated individual that does not share your sense of grandeur. He will do whatever it takes to fulfill his goals. He doesn’t care about your family or career goals. He is selfishly motivated. He is the wolf and he sees you as a sheep.

Sheep vs wolf mentality in an attack