The admission that the economy is so weak that it needs more QE is going to destroy the narrative that the U.S. economy is in great shape and it’s no longer going to be the safe haven for capital around the world…it’s going to prick the bubble in the dollar…and people are going to realize that we’ve never recovered from anything, the economy is sicker than ever, the Fed’s going to make it even sicker with more of its toxic monetary policy, the dollar’s going to tank and the price of gold is going to skyrocket – and people need to prepare for that now.

– Peter Schiff on the Shadow of Truth 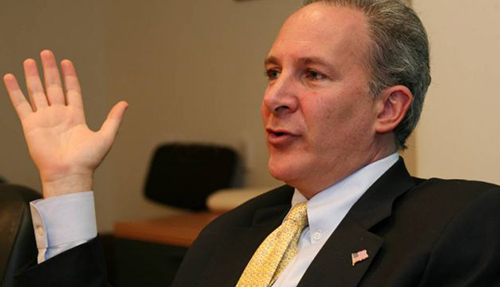 When Mt. Vesuvius blew, no one knew when it would happen or how big the eruption would be.  Everyone knew a volcanic event was going to occur and yet, the magnitude of the event caught a lot of people by surprise. The eruption destroyed two Roman cities and several surrounding settlements.  It killed an estimated 16,000 people.  The question is, how come more people didn’t leave the area surrounding Vesuvius when they knew that something was going happen at some point?

The United States financial system – including the viability of the U.S. dollar – is analogous to the eruption of Mt. Vesuvius.  A lot of people know something is wrong – evidenced by the growing support for the Trump candidacy – and yet 99.5% of the population is ignoring the warning signs of a systemic eruption of unknown magnitude.  It’s an event that draws closer with each passing day.

The warning signals of the coming financial markets collapse are in full view.  The warning signal from the junk bond market, triggered by but not limited to the collapsing energy sector, is beginning to spread into and infect the rest of the financial markets like an uncontrollable virus. If you are an investor or a professional money manager, what more of a warning do you need than this:

That chart resembles a giant tsunami that has coiled offshore and is getting ready to slam into the the nearby beach. Only in this case millions of people remain on the “beach” to watch the horror show unfold without leaving for safer ground. It’s as if everyone knows a catastrophe is about to occur and yet most remain embalmed with the hope that it can’t really happen.

The willingness of people to park their paper in financial assets like bonds is simply a function of their lack of understanding of problems that exist and their false confidence in Central Banks.  – Peter Schiff

The systemic causes of the financial crisis that hit in 2008 – and which was really a de facto financial system collapse – were never properly treated. Rather, they were medicated by heavy doses of money printing and free money, the latter which is otherwise known as ZIRP. The moral hazards of this monetary policy have fomented in impending systemic eruption which will be the financial market’s equivalent of the historic Mt. Vesuvius volcanic blast. The timing of this is just as unpredictable as the consequences.

The Shadow of Truth hosted a conversation with Peter Schiff to discuss the impending financial market eruption and the inevitable dollar crisis, which will ultimately rip apart the U.S. financial and economic system:

Check out our survival and prepping solutions HERE

Written by: ReadyNutrition.com on November 2, 2016.
Last revised by: James Cole

2 Replies to “Peter Schiff: “The U.S. Is One Gigantic Bubble Economy””