You worked hard in your garden. You butchered your own meat. Then you went through the labor-intensive, time-consuming process of canning it, but how can you tell for sure that your food is safe to eat when you open it?

There are many things that can go wrong during the canning and preserving process and eating spoiled food can make you extremely sick and can even kill you. Today we’re going to talk about how you can tell if your food has gone bad. 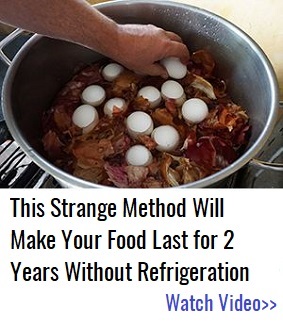 Home-canned vegetables are the most common cause of botulism, according to the CDC. That sounds like a big deal, but when you look at the numbers, it makes eating home-canned food much less scary. From 1996-2008, there were only 18 cases of botulism reported to be from home-canned foods. Still, that was only the reported cases so there were likely more than that.

Living in a place near the ocean where local seafood places regularly hand out raging cases of food poisoning, I can tell you that you DO NOT want to experience this. Even if you live through it, you’ll be praying for death while experiencing it!

Now, let’s talk about how you can tell if the safety of your food has been compromised.

8 Signs Your Stored Foods Could Kill You

Look at It and Smell It

If your canned food looks cloudy or slimy or it smells “off”, don’t eat it.

Many people suffer under the misconceptions that boiling food kills all the bad bacteria or that bacteria can’t survive without air. Unfortunately, neither is always true.

Yes, boiling kills many bacteria, and many do die without air, but there are deadly ones such as the clostridium botulinum bacteria that boiling water won’t kill. You have to pressure-can low acid veggies and meat in order to kill the bad bugs. This isn’t something to mess around with – it can kill you.

If the lid of your can is bulging up, it’s a pretty good sign that whatever is in it has gone bad. This is most likely due to the fact that you didn’t process it properly. You probably didn’t get the food hot enough to kill the bacteria in it before you sealed it up.

Though the process of canning is supposed to preserve food, most people don’t realize that they can actually seal bacteria in with the food.

Release of Pressure when You Open It

There is always going to be that little sound of depressurizing when you break the seal of your canned food but if it’s more than just a pop, you may have a problem. Buildup of gas inside the jar is a sign that there are anaerobic bacteria in it. This is the same thing that causes the lid to bulge.

You may also notice bubbles in the jar before you open it. Be extremely careful because all of these are signs of bacteria in your food. 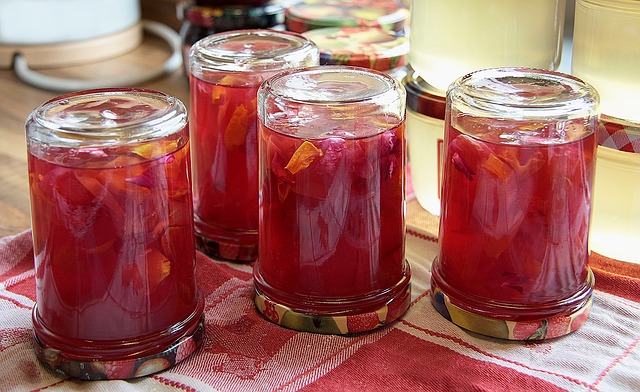 Lid Can Be Pushed In and It Pops Back Up Again

If you push lightly on the lid of your jar and it pushes down, then pops back up again, your jar didn’t properly seal. That means that the food has basically been sitting out for however days, weeks, months or years that it’s been on the shelf.

How long would you leave food in a bowl on the table before you deemed it unsafe to eat? Not long, right? If the lid isn’t sealed, pitch it.

Mold on the Lid

If you unseal your jar and see black, blue, gray, white or green mold on it, pitch it. Even if the food doesn’t show any signs of mold, the fungus or bacteria is most definitely in there. This food may smell funky, too.

Foam on Top of the Food

This is another sign that anaerobic bacteria such as the kind that causes botulism is present in the food. Unless you want to end up in a world of hurt, or even dead, don’t eat it.

This is especially a concern in meats and low-acid foods such as green beans, beets and corn. Again, pressure-can them.

Damage to the Container

If the jar or can appears to be cracked, damaged, bulging or misshapen or the seal is damaged, throw it away. Often after a few years, the lid of the home-canned food or the entire container of store-bought food can rust or erode to the point that it allows bacteria in. Don’t risk it. You have a little more leeway with home-canned goods because you can test to see if it’s still sealed but if a store-bought can is rusty, you don’t really have any way to tell if it’s good or not.

On another note here, don’t ever buy canned goods that are damaged. Often dented cans are on sale; that’s because people in the know are aware that the safety of the food may be compromised. There are also toxins in the liners of the cans that can be released when the can is bent, so that’s another reason to pay full price if you’re buying at the store.

If you want to save money, do it by couponing, not by buying damaged goods.

Food or Juice Is Leaking Down the Can

If you pick up a can and there’s food on the label or the outside of the can, inspect it closely. It could be that another can broke and spilled on it, but the can itself could be leaking, too. If you can’t see for sure, don’t risk it.

How to Dispose of Spoiled Food

In a SHTF situation, botulism could be lethal so it’s imperative that you don’t let the bacteria spread. It can be absorbed through the skin as well as ingested so you need to be extremely careful with the clean-up process. Thank goodness, good old fashioned bleach will do the trick here. At a 10:1 ratio (10 parts water to 1 part bleach), you can safely assume that the bacteria is dead.

If the jar or can is still sealed, throw the entire container away. If not, dispose of the jars, food and clean-up materials using gloves so that it doesn’t have contact with your skin. DO NOT put the food on your compost pile!

The botulinum toxin is exactly that: a toxin. It attacks your central nervous system and causes difficulty swallowing or speaking, facial weakness on one or both sides, dry mouth, drooping eyelids, trouble breathing, muscle weakness, blurred vision, fatigue, vomiting, paralysis and even death. It, and bacteria like it, are nothing to mess around with, especially in a SHTF situation. 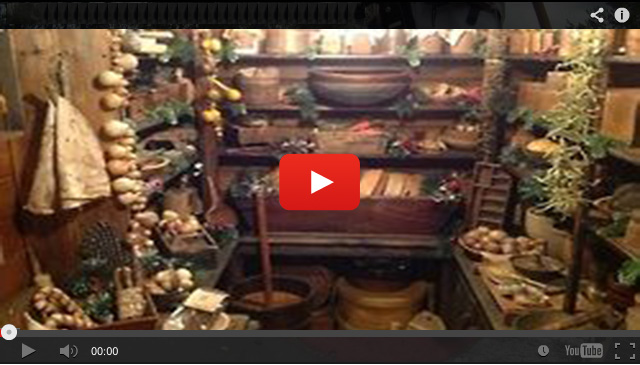 Of course, the very young and very old are going to be more susceptible to major illness or death, but even a mild case can be avoided by recognizing the signs of food spoilage and cleaning the area properly.

Pay attention when you open your foods and take every precaution when you’re canning. As they say, the devil is in the details!

If you have any other signs of food spoilage or advice to give about canning or preserving safely, please share your information with us in the comments section below!

One Reply to “8 Signs Your Stored Foods Could Kill You”