Well on my adventure to find the “perfect” picture of what the Union soldiers called Skillygalee I came up empty.  As this has never happened to me before, I am quite dismayed by this.  HOWEVER, we are in luck that I am persistant.  Through many hours of this link, leading to that link, and so on, I was able to find some pictures that I think will give you a pretty good idea of what the Union was cooking up.

Here are some pictures of what I was able to find.  I think you will agree, it doesn’t look to bad, and almost appealing to the appetite.  I think I would soon begin to cringe at the sight of it, as it was nearly a daily staple for the Union soldiers in the field.

For a much-needed change of pace from the “worm castles” that were often received by the Union soldiers, they made Skilligalees.  Now I’m not sure if this was from self-preservation or because they wanted a change in diet.  I’m guessing that these options were essential in the prevention of starvation.  As rations weren’t always delivered in a timely manner, by the time soldiers received their hardtack it was often infested with weevils and other undesirable critters.  Facing either feast or famine, the hardtack was often seen as undesirable to eat.  Yet the ingenuity of the Union soldiers most likely saved them from the latter of the choices they faced.

After “washing” the hardtack, the soldier would add other things (salt pork, brown sugar, or molasses) to it, making it more appealing to the palette.

Here is the recipe for the Skillygalee.

Break up hardtack into small chunks in the bottom of a tin cup.
Soak hardtack for 10-15 minutes or until soft.  (Don’t forget to drain off the floaties!! :p)
While hardtack is soaking, fry up some salt pork.  After frying chop into small pieces.
Dump soaked hardtack pieces into grease remaining in skillet, canteen half, tin-can,or tin-cup.  Return the chopped salt pork to the skillet also.
Fry this until heated through.
Remove from heat and eat.

♥ Recipe courtesy of 26nc.org.  It is of no doubt that the Civil War was one of hard times, and hard choices.  I know I’ll never look at a cracker the same way again!

Spycraft: Military Correspondence During The 1700’s to 1900’s
Wild West Guns for SHTF and a Guide to Rolling Your Own Ammo
How Our Forefathers Built Their Sawmills, Grain Mills,and Stamping Mills         How Our Ancestors Made Herbal Poultice to Heal Their Wounds
What Our Ancestors Were Foraging For? or How to Wildcraft Your Table
How Our Ancestors Navigated Without Using a GPS System
How Our Forefathers Made Knives
How Our Forefathers Made Snow shoes for Survival
How North California Native Americans Built Their Semi-subterranean Roundhouses
Our Ancestors’Guide to Root Cellars
Good Old Fashioned Cooking on an Open Flame
Learning from Our Ancestors How to Preserve Water
Learning from Our Ancestors How to Take Care of Our Hygiene When There Isn’t Anything to Buy
How and Why I Prefer to Make Soap with Modern Ingredients
Temporarily Installing a Wood-Burning Stove during Emergencies
Making Traditional and Survival Bark Bread…….
Trapping in Winter for Beaver and Muskrat Just like Our Forefathers Did
How to Make a Smokehouse and Smoke Fish
Survival Lessons From The Donner Party

Second edition of the book available now. Get yours HERE 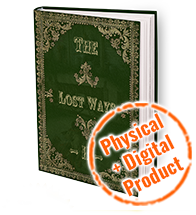