Skip to content
Many financial analysts believe the United States economy is in a dire situation.  Peter Schiff, who accurately predicted the 2008 recession has come out and declared we will all live through another Great Depression, only this time, it’ll be much worse than before.  But there are ways to prepare for such an event, and we’ve gathered some helpful tips and tricks to help make the process a little more smooth.

“When you are talking about the magnitude of the debt we have, that extra money [raising interest rates] is big. That’s going to be a big drain on the economy to the extent that we have to pay higher interest to international creditors…a lot of this phony GDP is coming from consumption, while the average American who is consuming is deeply in debt and they are going to impacted dramatically in the increase in the cost of servicing that debt…given how much debt we have, and how much debt is going to be marketed the massive increase in supply will argue for interest rates that are higher.” -Peter Schiff 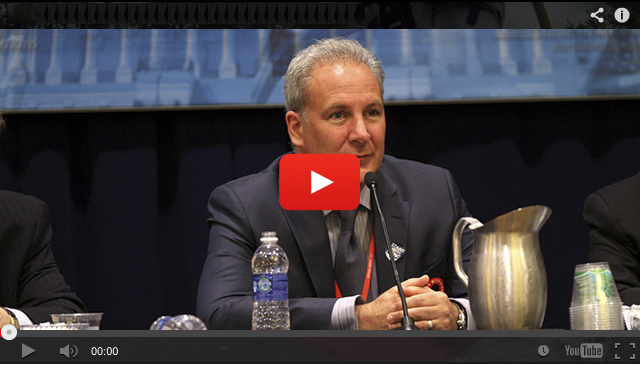 According to Financial Times, it is becoming clear that the global monetary policy is now caught in a debt trap of its own making. Continuing on the current monetary path is ineffective and increasingly dangerous. But any reversal also involves great risks. It stands to reason that the odds of another crisis blowing up continue to rise.

So how can you forecast this economic disaster and best prepare?  For starters, you should pay off as much debt as possible. There are many reasons for this, the obvious being if it truly belongs to you and you have the title in hand, no one can take that property from you.  Pay off your unsecured debts first and as quickly as possible, however.  Credit card debt will become more expensive as interest rates rise, making those already only able to make a minimum payment stuck choosing between a credit card payment or another bill. Make sure you stop putting things on a credit card in order to pay it down with the goal of eliminating that debt. Cut things out of your budget if you must to pay things off. A good tip from Surviopedia is to tackle your debts one at a time starting with the smaller ones. Once the smaller one is paid off, apply the money for those payments to the next biggest debt, paying it off early. Once things are paid off, you’ll also have the added benefit of having extra money to buy things of value that can be used as currency during a crisis, such as gold, food, or ammunition.  Remember, when paper money is of no value, food or ammunition could very well be a powerful form of currency as bartering for goods and services inevitably returns.

Everyone knows they should store a little extra food “just in case,” even if it’s only to wait out a harsh storm. But accumulating ammunition is a great way to prepare for a post-apocalyptic world, especially one in which no one has money (or money is worthless) and grocery store shelves are empty. This is a great primer article to learn more about SHTF Firearms. Rifle and pistol cartridges will always have value if you store them right because ammunition could mean the difference between life and death.  An unloaded gun is merely a club, while a loaded gun can kill an animal for meat or protect one’s life from a violent attack.  Hoarding ammunition and having a safe and dry place to store it could be almost seen as a “savings account.” Even if you don’t own a gun capable of shooting a cartridge you are storing, someone else likely will. One strategy to use, though is to arm yourself with firearms and ammunition using very common cartridges. This will increase the chances that someone else, will have a gun that can shoot what you are offering. The most common pistol cartridges are 9mm, 38 Special and .45 ACP. The most common rifle cartridges are .22 Long Rifle, 7.62x39mm, and 5.56x45mm.  Ammunition is often overlooked as a possible form of currency during a financial crisis but it will be necessary and difficult to come by making it a highly valued currency.  Make sure you have a safe place to store your ammunition and keep its availability quiet to prevent theft or violent attacks against yourself. Rifle cartridges will represent months worth of food, even if you don’t own a rifle. The trick is to find someone who does and trade them for something of equal value.

The final tip to best prepare yourself for a financial crisis is to learn how to make things, such as biodiesel or vegetable oil. Vegetable oil can be extracted by the proper processing of corn and other seeds of your choice and during Venezuela’s collapse, this was one of the first staples that disappeared from the market. Most of the oil producing companies were seized and nationalized. Now their production is a small fraction of what it was when they were private, and the military controls the supply and sales in the black market. Once the vegetable oil has been used for cooking, it could be used as fuel, to improve the heat output of wood stoves, or even as a makeshift a water heater that runs with WVO (waste vegetable oil).  But you should also consider learning to make biodiesel, especially if you own a vehicle or a generator that will run on diesel fuel. It is possible to make biodiesel using vegetable oil too.  If you’d like to try it, Thoughtco has put together a helpful guide that will walk you through the process.

Remember the three things that will be the most impactful during an economic collapse: having no debt, having items that will serve as a currency, and being able to produce things of value.  If you can accomplish all of those, your chances of survival will go up.

Written by: ReadyNutrition.com on June 22, 2018.
Last revised by: James Cole