What do you do in an emergency situation when no doctor is available? Unfortunately, we sometimes find ourselves in these situations. The problem compounds under survival conditions with no 911 calls and no emergency room nearby. When the day comes, you may need this first-aid wisdom from 100 years ago. 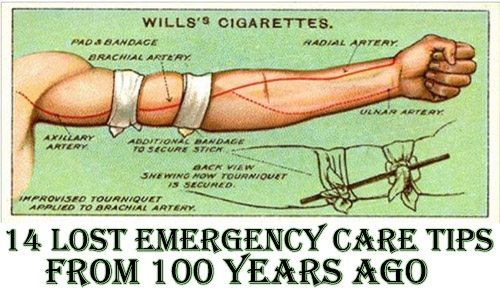 In the Mid-19th century, tobacco companies began putting helpful cards included in each pack of cigarettes. This set of cards taught helpful first aid tips. Designed to encourage brand loyalty, the cards here have a picture on one side and the first-aid tip on the reverse. Many of these tips from a 100 years ago are still valuable today, especially in emergency situations.

#2. Tourniquet – To stop bleeding from an artery below the middle of the arm:

Related: 24 Lost Survival Tips from 100 Years Ago with Illustrations

#3. Compression of the Artery – To stop bleeding anywhere below the middle of the arm by compression with your fingers: 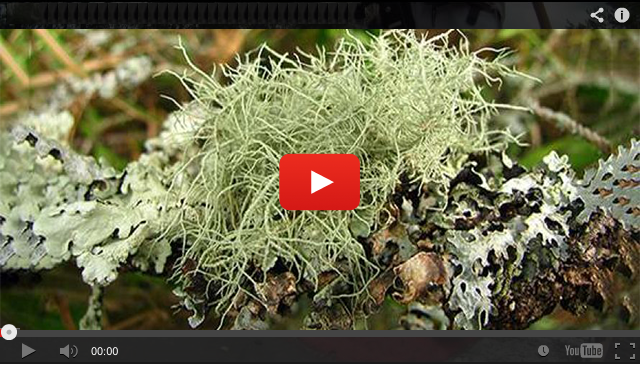 #5. Fracture of the Forearm – To apply splints for a fracture of either or both bones of the forearm:

#7. Improvised Stretcher – Form a stretcher from two poles and two to three jackets:

#8. Shot in Legs – When the leg is “peppered” by shot from a shot gun, most of the pain will subside quickly. Follow this procedure:

#9. To Extract A Fish-Hook. When the barb of a fish-hook is buried beneath the skin, do not try to remove it by pulling it backwards along the entry path. Instead:

#10. Sprained Ankle – When an ankle or lower leg is injured, help the patient to a place of rest as follows:

#12. Burns on the Face – When the face is burned by heat or strong acid, make a mask:

#13. Foreign Body in the Ear – Follow the most appropriate method to remove a foreign body:

Learn how to make the most powerful natural painkiller from wild lettuce. Watch the video below: 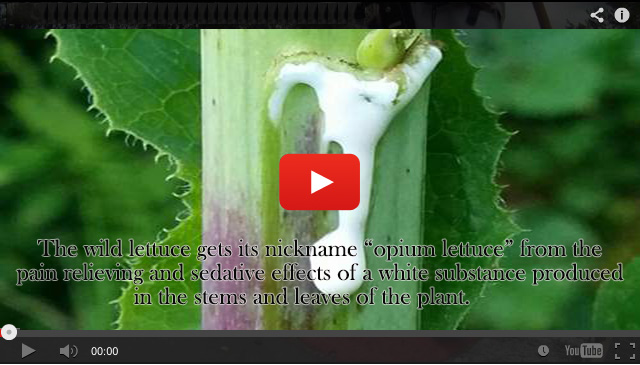 Would you like to know how the first settlers healed themselves and what plants they used to cure everything? 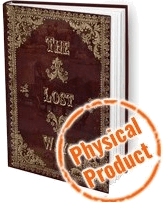